Launch of Independence Ave Films and Premiere of The President (Bekolo)

On Tuesday, 15 April, Independence Ave Films will launch itself. Independence Avenue Films will focus on events/agency/distribution of film products in Namibia.
In order to introduce ourselves we are inviting all interested members of the Namibian film and arts industry, the wider public and cultural-interested people to the launch of Independence Avenue Films on 15 April, 7pm, Warehouse theatre (backstage venue). Entrance is free.
Addressing the lack of a movie distribution and film agency company, Independence Avenue Films will serve as an institution to tackle the challenges faced by Namibian film products in terms of distribution, agency and marketing. We furthermore want to focus on film related events, as we believe in the need and possibility to establish a cinema culture in Namibia.
For us, independence avenue is an ongoing project. Independence was not gained in one day and should be a daily road we travel even today, in order to address social, political or economic challenges. Art is part and parcel of this daily process to reflect and comment on social challenges. Art, and here in particular film, can play a role to reflect and bring society forward. Hence the name Independence Avenue Films.
To celebrate the launch of this newly created entity, we present the Namibian Premiere of Jean-Pierre Bekolo's honest and daring film "The President" (Cameroon/Germany, 2013, 63 min), and Najat Jellab's short film "The Projectionist" (Morocco, 2013, 20 min).
Film must use its aesthetic and narrative potential to play a role in the African democratic process.
Bekolo's characteristically stylish and intelligent film "The President" takes a piercing, fictionalised look at current affairs. It's the night before an important summit, and the head of state vanishes into thin air. This disappearance is closely monitored by the media and his contenders in power. A struggle for succession opens up between different actors, while bloggers, hangers-on and talking heads tussle with the president's problematic legacy. While the president on the other hand meets with people on the street and discusses the questions about the responsibilities of those in power.
The film takes shape around activism, but without losing its light touch. It asks questions about the responsibility of those in power. "The President" tries to clear a place for film in the arena of African politics, where truth is sometimes stranger than fiction.
Jellab's short film "The Projectionist" is a film for the love of cinema and an open call to the end of the decline of cinemas in Morocco, Africa and the world at large. Majid is almost indifferent to the world that surrounds him. He lives only for his job, as a projectionist, and his passion for films. But when he learns that the owner of the theatre, where he works, has decided to sell it, his whole life shatters in front of his eyes.
The film won Best Short Film Award @ Harlem International Film Festival, Sep 2013, and received a Special Mention @ 3rd Luxor African Film Festival, March 2014. 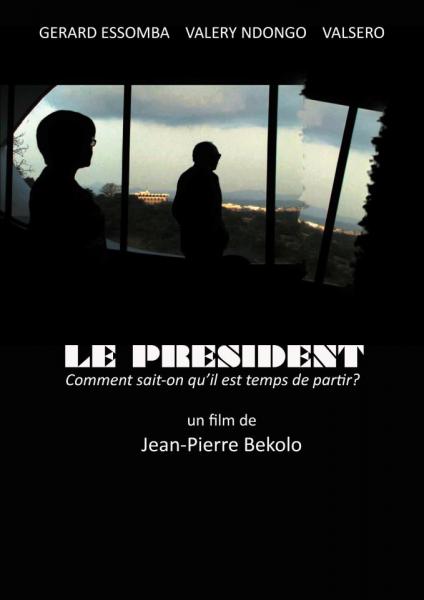