Alrick Brown has a MFA from NYU's Tisch School of the Arts. A filmmaker and teacher, he has found his calling writing, directing and producing narrative films and documentaries often focusing on social issues affecting the world at large. For over two years he served as a Peace Corps volunteer in Cote d'Ivoire. The interactions with the people of his village and his overall experiences in West Africa have informed his creative expression; an expression first fostered by his birth in Kingston, Jamaica and migration to, and upbringing in Plainfield, New Jersey. A fluent French speaker, he graduated from Rutgers University with a BA in English and a Masters in Education. Since then he has devoted his energy to changing the world by giving a voice to the voiceless and telling stories that otherwise would not be told.

Alrick's collective work has screened in over forty film festivals, national and international, and received numerous awards. He and his Co-producer, received the HBO Life Through Your Lens Emerging Filmmaker Award to produce their critically acclaimed documentary DEATH OF TWO SONS. In 2004 he was one of four NYU students featured in the IFC Documentary series Film School, produced by Academy award nominee Nannette Burstein. In 2007 he addressed the Motion Picture Association of America on C-SPAN. KINYARWANDA marks Brown's feature film directorial debut. 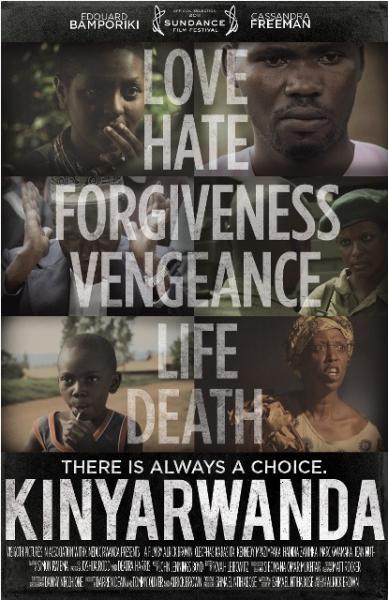