Holly Betaudier was born on the 27th January 1925, in the vicinity of the Santa Rosa R. C. Church. During his early years, he attended Arima Boy's R C. School where he cultivated an interest in drama. His formative years at Arima Boy's R. C. School were instrumental in his choice of career in media and entertainment. He has been a radio host, announcer, master of ceremonies, customs clerk and sales assistant.

Betaudier is the product of "black" French heritage. Raised by his grandmother ZaZa Beaudier, whom he said spoke "little English and a lot of patois", Holly recalls a childhood laced with discipline and spirituality.

During his long and exciting career as a radio host and announcer, Holly Betaudier became known as Holly B. He has worked as an announcer at the American Naval Base in Chaguaramas and the WVDI Station. He was the host of "Holly's Happy Moments", a popular radio show that had featured the best of local talent. During his stint at Radio Trinidad, he launched the Christmas programme, "Parang with Holly". It later became a television series on TTT, with Holly B acting as producer and host.

Holly Betaudier became the host of the long running local talent show "Scouting For Talent". Although he is no longer the MC of the popular show, Holly Betaudier is still the face often associated with the long-running series. 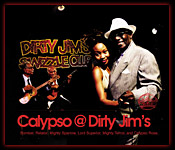