Saayman & Ross first worked together on developing video material for the official website of the UN World Summit on Sustainable Development 2002, and since have collaborated on several documentary projects for the SABC, Curious Pictures, Sunday Times and the Constitutional Court. Most of these form part of larger multimedia productions for the Internet or on DVD. They are currently making short films about artists represented in the Constitutional Court's art collection.


In 1983, LLOYD ROSS founded Shifty Records and produced recordings of many famous South African musicians. After making music videos for some of these artists he began making documentaries in the mid-90's. Ross has won Sarie, Asami, Editor's Guild and Avanti awards for his work in music and film. 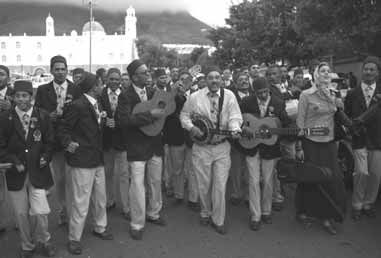 Light on the Hill: A Tour of the Constitutional Court of [...]