Nawal, child of the world, daughter of the earth?

Nawal originally comes from the Comoros Islands, also known as the "Perfume Islands" or "Islands of the Moon," located in the Indian Ocean off the eastern coast of Africa. Born into a family with many musicians, Nawal bathed in both popular and spiritual music from a young age, in her native islands and also in her new home in France.

Between traditional and contemporary, Nawal's music weaves a rich dialog of cultures, a reflection of the diverse character of life in her native islands. Indo-Arabian-Persian music meets Bantu polyphonies, the syncopated rhythms and Sufi trance of the Indian Ocean. Nawal sings in Comoran, Arabic, French and English. An acoustic roots-based fusion, her music is rhythmically compelling and beautifully lyrical. Known as the "Voice of Comoros," Nawal is also the first Comoran woman singer/songwriter and multi-instrumentalist to give performances in public.

As a Muslim-born African woman who does not always adhere to traditional socio-religious codes, Nawal has faced many challenges in her career, yet she remains strong in her message and philosophy. Descending from the grand Sufi marabout of Comoros, El-Maarouf (1852-1904), Nawal invariably stays with the light of Islam founded upon love, respect and peace. In her music, she sings in favor of all humans, for education and for union.

Nawal has gained international praise as a self-produced artist with her powerful voice and socially progressive commentary. Nawal has performed professionally for 20 years, and as a multi-instrumentalist she plays the gambusi (Comoran banjo-like instrument, cousin to the oud), the daf (Iranian frame drum), and guitar, among others. Her first full-length album, "Kweli" (Truth), was released in 2001 and was well-received by fans and the press. Putumayo featured Nawal's song "Hima," recorded with Donna Africa, on the "Women of Africa" compilation released in 2004. She is also featured on the albums of Touloulou (2005 / 1998) and Malgache Connexion (1992). Nawal always enjoys to engage herself in numerous collaborations with artists of different horizons and mediums.

Nawal is currently touring with the release of her new album "Aman" 2007. Click here for concert dates and locations. Along with Nawal, the trio includes Idriss Mlanao on contrabass and Melissa Cara Rigoli on mbira and percussion. 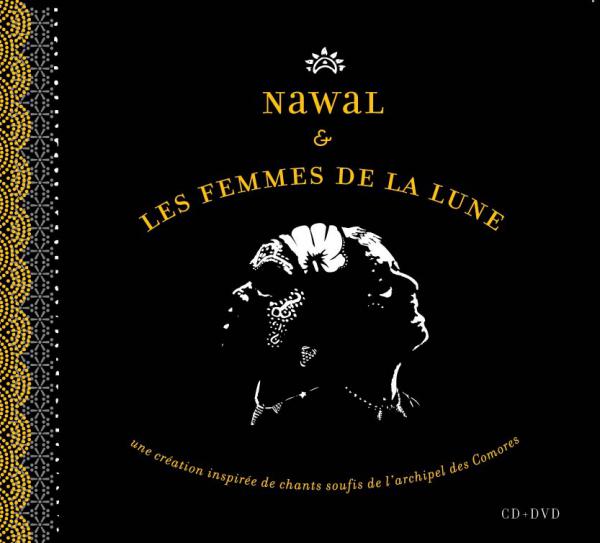 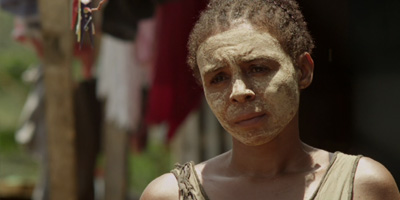 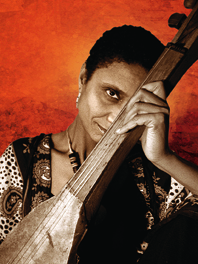