Cherif Keita teaches Francophone Literature of Africa and the Caribbean, as well as advanced languages courses. A native of Mali, he has published books and articles on both social and literary problems in contemporary Africa. His special interests include the novel and social evolution in Mali, Oral tradition, and the relationship between music, literature and culture in Africa. He is the author of Massa Makan Diabaté (L'Harmattan, 1995) and Salif Keita: L'oiseau sur le fromager (Le figuier, 2001). He has completed a documentary film entitled "Oberlin-Inanda: The Life and Times of John L. Dube" [Special Mention at 2005 FESPACO], about the life of the first President of the African National Congress of South Africa and his education in the U.S. at the end of the nineteenth century. He has a number of concurrent film projects on American missionaries and missionary education in KwaZulu-Natal, South Africa. The Director of French and Francophone Studies at Carleton, Professor Keïta also leads a Carleton Francophone off-campus studies program to Mali every other year. 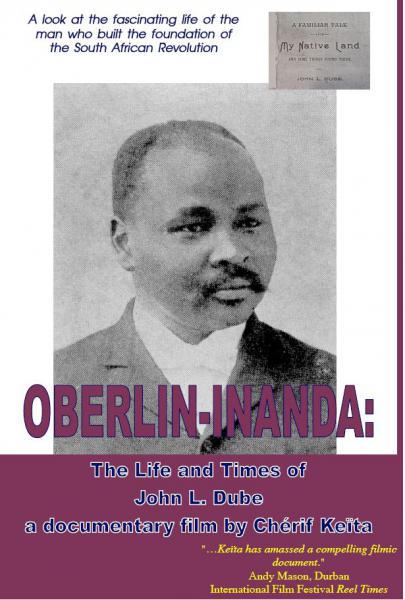 Oberlin-Inanda : The life and Times of John Dube