Zab Maboungou is the first African choreographer and dancer to receive grants from the Canada Arts Council and le Conseil des Arts et Lettres du Québec and is a leader in her field in both creation and teaching. The 2003 ?AfriCan Conference: The Business of Dance? in Toronto recognised her role as a pioneer of African dance in Canada. Thanks to an important arts development program from the Canadian government (Heritage Canada), she inaugurated a special program in the study and teaching of African dance.

Born in Paris to a French mother and a Congolese father, Zab Maboungou grew up in Brazzaville in post-independence Republic of Congo. When she was very young, she took her first steps in Central African rhythms and dance. She went on to study the dances, rhythms and musical forms of Mali, Ivory Coast, the Senegal-Gambia region, Guinea, Nigeria and Zimbabwe. She worked with different traditional dance and ballet ensembles in Europe and America (Fua Dia Kongo in San Francisco, Malaki Ma Kongo in New York and Ballet Lokolé in Paris) while she was conducting research alongside great drum masters (Babatunde Olatundgi - Nigeria) and dance masters (Lucky Zebila - Congo).
During this very active period, Ms Maboungou gained awareness of the extraordinary wealth of African traditions in this sphere, in particular the art of rhythm. Since then, she has never stopped exploring every aspect of the rhythmic art. Her first, solo works (Réverdanse in 1995, Incantation in 1997) revealed her exacting musical craft. This was soon recognised as a distinctive feature of her choreography. Critics took note of the power and refinement of the body movement s and rhythms underlying her works.

Her artistic theory and practice express her comprehensive understanding of the art of dance, on stage and off. In Zab Maboungou?s choreography or ?poetics?, texts become rhythm and dance converses and creates. Body language combines with trajectories in a space expanding and contracting to the beat of powerful drums. After these solo works, the group works (Mozongi in 1997, Lwáza in 2005) are further proof of her distinctive voice and outlook.

The choreographer is also a writer and lecturer. Her book, ?Heya?Danse! Historique, poétique et didactique de la danse africaine? expresses her commitment to allying art and knowledge and vice-versa. In 1999, she received a ?Great Homage? from the Minister of Culture of Cameroon for her ?talent, creativity and all her efforts to develop and promote theatrical art?.

Zab Maboungou is also a philosophy professor (she has received an honour in this field for the quality of her work and her commitment, in January 2007, at Montmorency College in Laval). Her dance art is enriched by the strength of her thinking and vision in the philosophical and cultural spheres in which she has become a recognised authority.

With this international reputation in arts, research and teaching, her work as a performer, writer and lecturer has made a significant contribution to theory and debates about art and cultural diversity. Her expertise is sought in many places: universities and dance teaching centres, in Africa, Canada, the US, Europe and Asia.

As a member of MASA (Market for African Performing Arts) international artistic committee from 1995 to 2002, she conducted choreography internships for young, upcoming talent and choreography seminars for African and World dance agents and promoters.

In July 2007, Zab Maboungou/Compagnie Danse Nyata Nyata celebrated their 20th anniversary. These celebrations were commemorated, in October 2007, by a premiere presentation of Décompte, an original solo work, at L?Agora de la Dance, followed by a performance at the Nuova Danza festival in Italy.
Zab Maboungou/Compagnie Danse Nyata Nyata will take Décompte to the Dance Canada Festival in June 2008 and to Togo in October. The work will also be presented on tour, through the City of Montreal cultural network.
Her group work Lwáza (6 performers) just came back from tour in Mexico City in 2008. 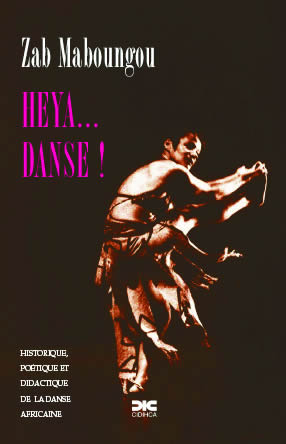