Bella began her career painting decor for the Paris Opera and in 1982 for the San Francisco Opera, and eventually migrated to film sets in Hollywood. After the birth of their two children, she produced the visual and cultural activities for the French film festival, City of Lights - City of Angels. After advancing her studies at the UCLA film department she joined forces with John Allen to form Possible Pictures.

John is a filmmaker and musician who has participated in the film industry since 1980, after leaving the Rhode Island School of Design. In San Francisco he participated in pioneering special effects and computer graphics for films such as 2010-A Space Odyssey, Top Gun and Cotton Club. In Los Angeles he co-founded Mr.Film, a progressive computer graphics company producing TV spots and film effects. Formed by the experimental milieu of the independent film world of San Francisco, John and Bella realized their first independent short, ANNA SPILT THE OIL, presented at Sundance 1988, alongside Todd Haynes and his first film, Superstar, The Karen Carpenter Story.
After producing independent shorts, television spots and industrials, they produce an inspired segment of the World Festival of Sacred Music DVD, in Los Angeles. In keeping with a goal to highlight the power of music, POSSIBLE PICTURES moves to Paris in the year 2000, to be at the international crossroads of modern ethnic music - World Music.
In 2001, POSSIBLE PICTURES joins forces with MONDOMIX MEDIA,'the most complete internet and paper magazine dedicated to Word Music' (www.mondomix.com).

This collaboration develops into the production of a series of musical DVD's and internet content dedicated to World Music. In 2006 Mondomix and Possible Pictures complete the final season of the television series MONDO'MIX. This impressive collection of 200 episodes, portraying the most prestigious artists from around the world, is broadcast throughout the french speaking world via TV5, and in the United States via BET (Black Entertainment TV).

Their most recent release on DVD is WIJDAN, a 52 minute musical documentary inquiring into the mystery of the therapeutic transe music of the secret brotherhood of the Gnawa of Morocco.

This film was made after years of research and with respect for the delicate social fabric. Continuing the thematic thread of transmission, the feature documentary now in development brings Possible Pictures back to Los Angeles in 2007

LOVELY CHAOS follows a southern belle who leaves the bible belt with her daughter to follow her destiny in Hollywood. The story unveils the phenomenon of independent filmmaking, painting an offbeat portrait of the pursuit of the american dream. 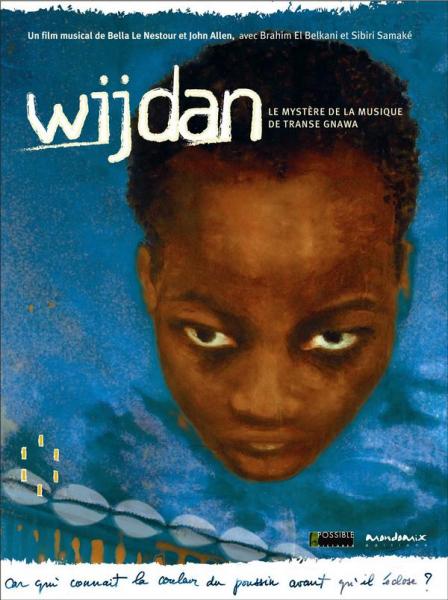