Bettina Haasen (*1969) studied African Languages and Political Sciences in Hamburg and in Paris. In 1997, during her work as a producer for the documentary production company EGOLI Films in Berlin, she started working on her own film projects. In 2001 she decided to live and work in Niger, Africa. In 2004 she returned to Germany and realized her film "A love apart" - the perspective of a thirteen year old Tuareg girl in her cultural context while she is getting married. Other documentaries are: "Shadows of the Desert" (43' and 52'); "Irene Dische - My Life" (43'). HOTEL SAHARA is her first feature-length documentary film. She currently lives as a freelance author and director in Berlin and works on her first feature film screenplay. 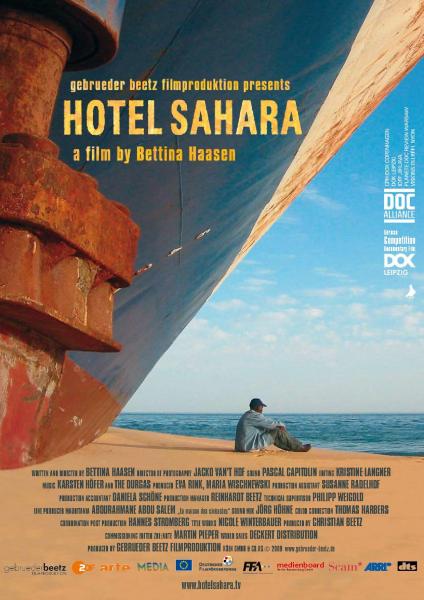