Born in 1961, started his career directing short documentary and fiction films, including "La Poste" (1988), "L'odeur de l'Islam" (1989), and "Orliano" (1992) for Poland, and "Clé de sol" (2000) for Tunisia. He produced eight films while living in Tunisia and Poland. But he became famous in television, directing several highly popular programs and collecting several awards, including an Emmy in the telenovela category for the best international drama series for al-Ijtiyah (2007). He became known in the Arab East with his series Ikhwat al-Turab (Brothers of Sand), before he started focusing on costume dramas like Abu Jaafar al-Mansour, Omar al-Khayyam, and al-Amin wal Mamoun, and novel adaptations like al-Arwah al-Muhajira. Mamlakat al-Naml was filmed in 2010 between Tunisia, Egypt, and Syria, where he lives, but its release was delayed due to the events in those countries. 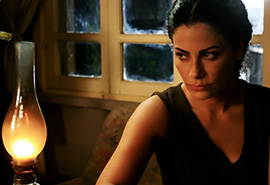