She is Canadian Filmmaker and Programmer of the International film festival Diasporas, Cultures and Citizenships, Montreal edition 2011.

Alexandrine Boudreault-Fournier is a Faculty Member (Anthropology) of University of Victoria (Canada).


My anthropological approach is grounded in the exploration of what would constitute an "Ethnography of image and sound production." It aims at thinking creatively about anthropology while experimenting with the audio-visual medium. I pursue collaborative and participatory types of exploratory audio-visual production with practitioners from different backgrounds. The "relational aesthetic" that emerges from these interactions allows me to research cultural and social phenomena. I edit and produce films and installations that seek to cross boundaries between Anthropology, Visual Arts and Media Arts. I therefore engage with the creative agency of the anthropologist in adopting a role as a researcher-producer. Because of my fascination with music and sound, I aim at contributing to the recognition of the audio dimension in Visual Anthropology. More than an accessory, sound becomes the center of my attention. Music is my muse. Rapid changes occurring in late socialist Cuba continually add to my research on youth popular culture. I explore the ideological dimensions of popular music by looking at not only its production side, but also its reception and consumption.

Since October 2011, I have been collaborating on a research project called ‘Music, Digitisation, Mediation: Towards Interdisciplinary Music Studies' (MusDig) headed by Professor Georgina Born at the University of Oxford. As part of this project, I have investigated digital technologies and social media in Montreal. I have also conducted research in Cuba on everyday music consumption and on the influences of digital technologies on intellectual property rights. The data gathered in Montreal and Cuba will be compared and analyzed in light of the material collected by the other research team members in India, Argentina, Canada, England and Kenya. I am currently working on sound-video installations with musicians and filmmakers (Echo; Derumbos) in Cuba and Canada. These projects are experiments through which I reflect upon an "Ethnography of image and sound production." I am a co-researcher on a three-year research grant at the Department of Family Medicine at the University of Sherbrooke. As a visual anthropologist on the research team project, I contribute to the participatory approach of the investigation by implementing photovoice sessions as a means to better comprehend the perception of health care services from the perspective of both patients living under the poverty line and professional health providers.

2009 Complicity Through Montage: A Call for an Intercultural Approach to Ethnographic Filmmaking. Ethnologies 31(2):169-188.

2008 Positioning the New Reggaetón Stars in Cuba: From Home-Based Recording Studios to Alternative Narratives. The Journal of Latin American and Caribbean Anthropology 13(2):337-361. 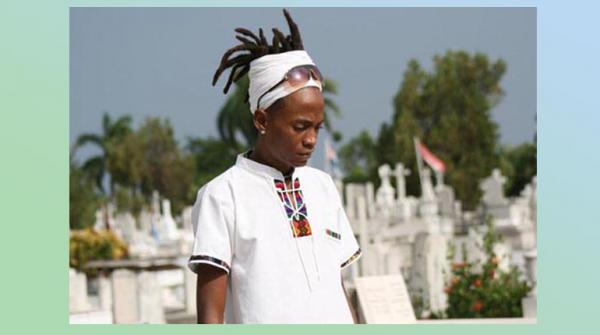