Born and raised in Martinique, Maharaki presently lives in Barbados.
She studied "Visual Arts and Fine Arts Techniques" at L'Ecole Regionale d'Arts Visuels de la Martinique and Interior Design at the
Barbados Community College.
She graduated in 2004 from the Ecole Internationale de Création Audiovisuelle & de Réalisation (EICAR) in Paris. She received her
Bachelor of Fine arts Motion Picture Directing from the European
Accreditation Board of Higher Education
Schools (E.A.B.H.E.S) in London.

The painter
Between 1998 and 2004, Maharaki participates in 3 collective exhibits, presents 5 solo exhibits and organizes a performance in the streets of Fort-de-France, the capital of Martinique. She contributes
her artistic talents to numerous projects for the Children's Rights Defense Association "Enfance & Partage" and twice to the Martinique annual carnival festival. In February 2003, she is invited to exhibit in Portugal during the Martinique week at Leer Devagar Bookstore in Lisbon.
In December 2004, Maharaki organizes and shows her work in a marathon exhibition incorporating 250 pieces of art from 56 artists. 5000€ of the sales from the event were donated to "Telethon"
(Genetic Research Foundation). Throughout the years, her paintings have been acquired by international buyers and spread all around the world. (Martinique, France, England, Tahiti, Barbados, Portugal, U.S.A...)

The filmmaker
In 2002, she directs her first short film entitled, INNOCENTS. This film
is nominated in several international film festivals, such as the 2003 FESPACO in Burkina Faso and "Vues d'Afrique, 2003" in
Quebec.
In 2004, she is awarded the Grand Jury Prize of her film school's annual showcase for the directing of her short film, DIG IT. The film also receives the award for "Best Acting Performance". Maharaki receives her prize at "La Cinémathèque de Paris" before a panel of 15 international TV and motion picture professionals, including the guest of honor, American director, Oliver
Stone. As a result ofthis award, DIG IT is recognized officially by a number of film festivals around the world. In April 2006, Maharaki is invited to return to Barbados to direct the Barbados National Cultural
Foundation's award winning script, HOLDING ON. Immediately on her return to Barbados in March, she directs "The Rihanna Behind the Scenes photo shoot" for the American magazine, In Style.
Years later, the music video "TO THE OTHER SIDE", she directed for the artist Indrani, is nominated at the 2011 Barbados Music Awards in the category "Music video of the year".
In 2011 her short film, "Un achat compulsif" translated "A Compulsive Purchase" wins the Audience Prize and Special Jury Mention for Humour at The Festival Prix de Court.
The film was shot & edited in 48 hours with no other equipment but a small handycam and a laptop, no professional actor and no financial support.

Based in Barbados, Maharaki freelances throughout the Caribbean, directing music videos, advertisements and short TV formats. She is regularly solicited to assist overseas productions, which led her to work with music stars such as Rihanna and Shontelle.

VIVRE was officially released in September 2013 in London.
To his date VIVRE has won 4 awards, that are the "FEMI dans les murs" at the FEMI in Guadeloupe, the "Grand Jury Prize" at the Bahamas International Film Festival, the "Second Jury Prize" at Ciné
Global in Dominican Republic, and the "Audience Award" at the festival "Courts des îles" in Tahiti.
Maharaki is currently preparing her first feature film.
For more information log on www.maharaki.com 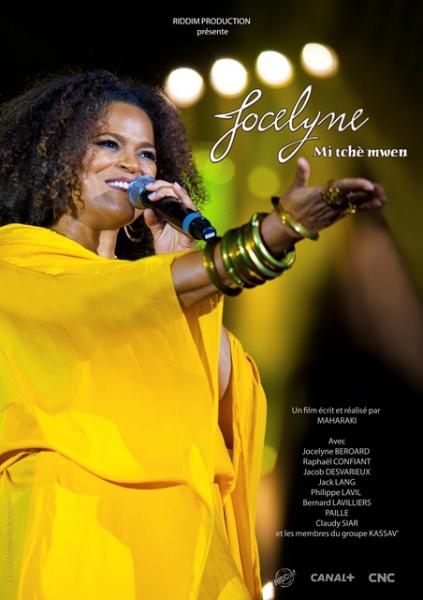 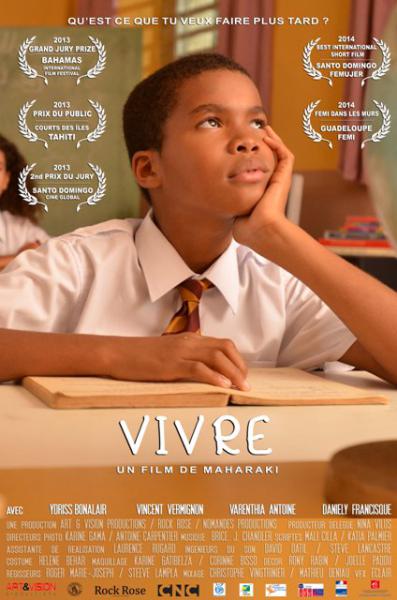 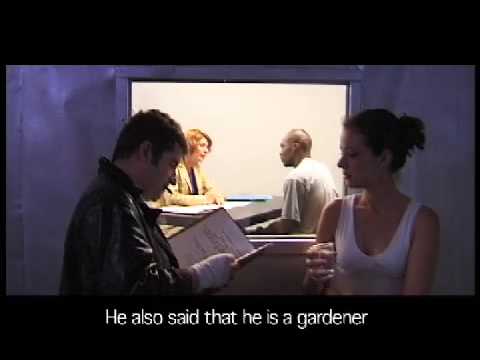