Thabiso Sekgala was born in 1981 in Johannesburg, South Africa. He studied at the Market Photo Workshop in 2007 to 2008 and was awarded the Tierney Fellowship at the Market Photo Workshop in 2010. Sekgala has had solo exhibitions in Johannesburg, Berlin and Brussels and has shown in group shows internationally. In 2013 he had residencies in both the Künstlerhaus Bethanien, Berlin, and at HIWAR/Durant Al Funun, Jordan. His work focuses on South African communities facing the long shadow of apartheid and explores themes of abandonment and memory.
He died on the 15th October 2014. 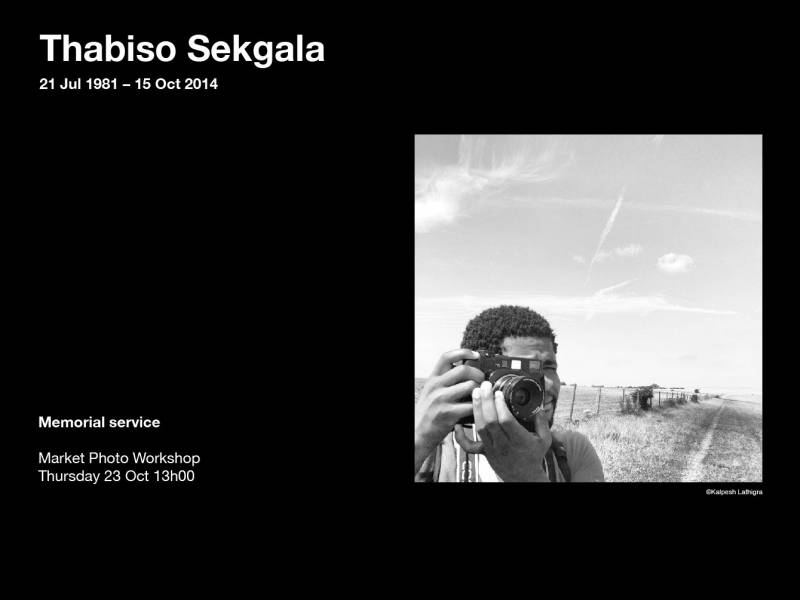