He is South African Film Director and Executive Producer.

Born in Johannesburg, South Africa in 1991, he is a filmmaker, writer, fine artist and curator who began making short films and music videos at the age of 19. DEATH OF TROPICS (2012) won Best International Narrative Short Film at the Mosaic World Film Festival and screened at numerous other festivals. He also creates installations using photography, sound and video for international exhibitions. He was selected to participate in the Final Cut workshop at the 70th Venice International Film Festival to work on his first feature film.

Sibs Shongwe- La Mer is a 22 year- old independent filmmaker, writer, visual artist, curator, TEDtalks Alumni & musician based in Johannesburg, South Africa but exercising central activity in Europe. Shongwe-la Mer has focused activity in the production of independent feature films for film, Exhibition photography, Live/real-time video Manipulation. At the age of 18, Shongwe-La Mer began full-time employment in the South African film and television industry after interning on holidays throughout high school. Thought his teens Shongwe-La Mer created and self distrubuted music on the internet for free aswell as perfoming shows within the Johannesburg independent music scene resulting in multiple recording releases under aliases BOYLAMERE, //BEACHFANG, BOLSHEVIK, YOUNGTAPE, BEARSKIN, WOLF ALABASTER between 2008 and 2013 Beginning in post-production for various adverts and television programs Shongwe-La Mer fast grew tired of only working with the "end film" with no creative input of his own resulting in the decision to attempt to make his own films without the aid and influence of industry money and man power, as well as a expressed desire to work in various mediums not restricting artistic output to a singular medium. Shongwe-La Mer began his directorial career in 2011 at the age of 19 in the production of short content and music videos. First directing a series of South African music videos crossing the style & genre spectrums and enjoying high rotations on television channels including MTVbase, Channel O, VUZU, SABC as well as producing two top ten music videos for South African alternative music channel MK... first for his directorial debut, The Stella's "Get Goin' " and again in 2012 with The Stella's sophomore music video "Taking Chances". In 2012, Sibs Shongwe- La Mer received his first international festival film win with his debut narrative short film DEATH OF TROPICS winning "Best International Narrative Short Film" at the Mosaic World Film Festival in Illinois, USA. The independent low-fi film written, directed, edited and scored by Sibs and produced and financed by himself and long standing artistic collaborator, cinematographer Kabeer Shaik would later go on to compete in festival during the Shnit International Film Festival, Switzerland... one of the most sort after short film festivals in the world resulting in other international screenings as well as a series of domestic screenings and Q & A's. ​ The short picture continues to participate in festivals and film festival markets around the world including Clarmont-Ferrand Court Metrage in France 2013 and an invitations for participation in the 6th Gulf Film Festival, Dubai. ​Deviating from his primarily medium, shongwe-La Mer has created photographic works in both the commercial and art spheres as well as photographing for various clients including iconic Jazz singer Sibongile Khumalo and African fashion super power Marianne Fasla. ​ In 2012, Sibs started creating work for exhibition purposes resulting in contributions to photographic exhibitions at the famed The Bailey Seipple African Photography Gallery in Johannesburg as well as an exhibition in national heritage landmark, The Castle of Good hope in Cape Town in association with Canadian High Commission as well as Blackberry International (Research in Motion)... this collaboration with the Canadian high commission would later result in his contribution to the High Commissions 2013 calendar. ​ 2013 saw Shongwe-La Mer expanding on both his film and exhibition endeavors leading activity to the curation various independent film exhibitions seeing collaborations with galleries such as the Intermission Art Gallery and The iThuba Art fund with the intention of establishing independent film platforms for alternative content. In 2013 Sibs founded The Whitman Indepednent. The Whitman Independent is a South African online youth art collective and commercial retailer, indepednent production company & indie publisher that prides itself in a fundamentalist approach to the propagation of DIY artistic endeavors that conform to a high aesthetic consciousness/coherency. Whitman Independent Pictures first indepednent feature film effort TERRITORIAL PISSINGS, directed by Shongwe'La Mer was selected for inclusion in the 70th Venice International Film Festivals program " Final Cut" to aid the competion of3 progressive african cinematic achievesments and a copy of the film added to the historical Archives of Biennale Venice.

Color Of The Skull (The) 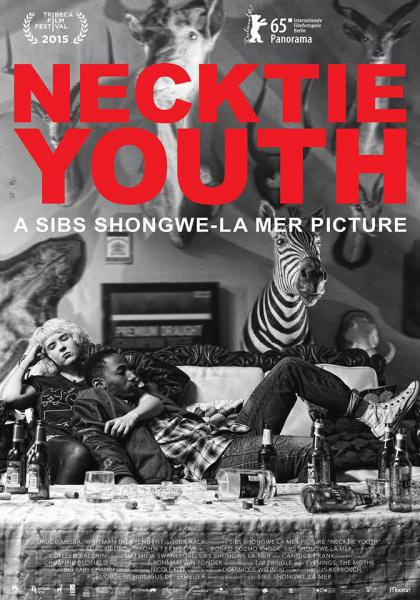 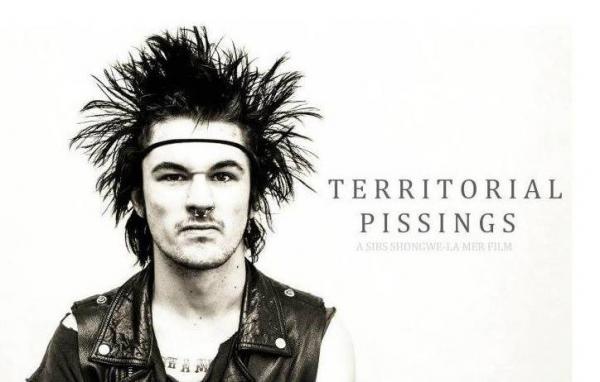