Mini Bio (1)
Born in a traditional village of Astrida, so named after Queen Astrid of Belgium, southern Rwanda in 1975, Gilbert Ndahayo migrated to New York City in 2008. After five years working as country coordinator and writer for BaobabConnection - an Afro-Dutch Youth Online Magazine, his passion for storytelling drove him to cinema in 2005.

His documentary Behind This Convent (2008) received Verona Award for Best African Film and Signis First Commendation for Best African Documentary at Zanzibar International Film Festival in 2008 and subsequently toured European film festivals and screened at American universities. The Dutch film critic, Frank Witkam, brings out a comparison of Ndahayo's films, "Ndahayo's documentary makes me think of a few number of the best action filmmakers such as Hara Kazuo or, with the best work of Michael Moore." Ndahayo admits to having watched French New Wave movies when he was a boy.

Rwanda: Beyond the Deadly Pit (2009) documents on tape the last hour of Ndahayo's parents and 52 members of his immediate family who were massacred during the 1994 Rwandan genocide. Recipient of Paul Robeson Fund for Independent Media, the film was released in 2011 on DVD and is subject of scholarly scrutiny. Rwanda: Beyond The Deadly Pit features in two Routledge's publications: Contemporary French and Francophone studies, Volume 14, Issue 5, 2010 under the title "The Pertinence of Impertinent Storytelling in Gilbert Ndahayo's documentary Rwanda: Beyond the Deadly" and AFI Film Readers Documentary Testimonies: "Global Archives of suffering in the section of Mediating genocide: producing digital survivor testimony in Rwanda".

Ndahayo was the producer of Les fleurs du Rwanda (2008) which won the 2010 Goya Award winning documentary and his footage earned him a co-directing credit on the feature documentary Life in a Day (2011) directed by Kevin Macdonald and executive produced by YouTube and Ridley Scott - released at Sundance 2011.

In 1994, Ndahayo was a young boy showing off his hip hop skills, football and a gold medal from the 200 meters race at the national high school Olympics. With the outbreak of the Rwandan genocide, his parents and 52 members of his immediate family were massacred.

Ndahayo is the first Rwandan to be nominated for AMA Awards which a variety of international observers have fondly called the African Movie Academy Awards the "African Oscars." Speaking to Deutsche Welle at the 2013 Berlinale Talent Campus, Gilbert Ndahayo announced the making of his trilogy The Rwandan Night, The Rwandan Day and The Rwandan Silence set to be released in 2014 for the 20th commemoration of the genocide against the Tutsis in Rwanda.

Scars of My Days 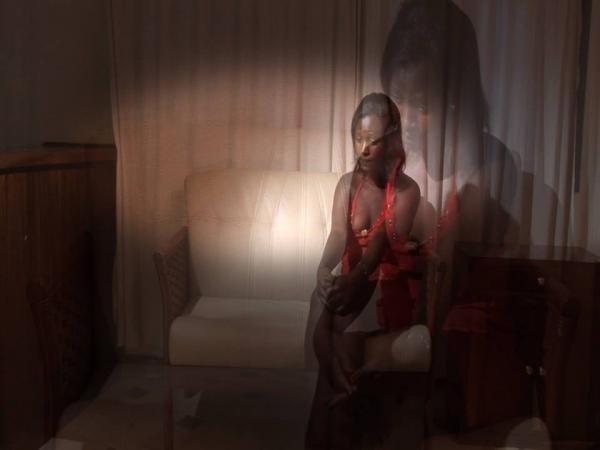 Girl in the Ditch (The)