For over a decade Joe Brewster has produced independent film and digital media. His mission has always been to create compelling visual stories that provoke thought about our complex multicultural world. With this goal in mind, his thought provoking narrative films and documentaries have challenged and inspired audiences across the globe.

Brewster and his work have consistently garnered awards both domestically and internationally. His films have been screened at the most prestigious festivals; from Toronto, to Sundance to the Cannes Film Festival, to a Spirit Award nomination for his work. His awards include: two Best Feature Film Awards from the Black Filmmakers Hall of Fame, Humanitarian Awards, Best of the Fest at the Seattle Film Festival, and much more. Brewster is currently producing and directing AN AMERICAN PROMISE, a 12-year documentary about two African-American boys' experiences at an elite prep school in New York City, scheduled for PBS broadcast in 2012. 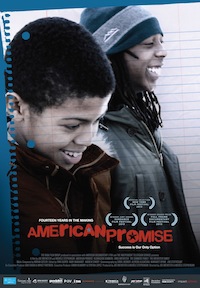