Sasha Wortzel is a filmmaker, media artist, and educator working in video, installation, sound, and performance. Her work explores the politics of space in relation to race, gender, and queer desire. Her debut feature documentary, WE CAME TO SWEAT premiered at the Lincoln Center in July 2014. She has presented work at the Berlin International Film Festival, DOC NYC, Outfest LA, Newfest, BFI Flare, Sarasota Film Festival, Tribeca Interactive, Leslie Lohman Museum, A.I.R. Gallery, and the Guggenheim Lab. Her work has been supported by the Robert Rauschenberg Foundation and the Astraea Foundation's Global Arts Fund. She was a 2012-2013 fellow of filmmaker Ira Sach's Queer/Art/Mentorship. She received her MFA from Hunter College. 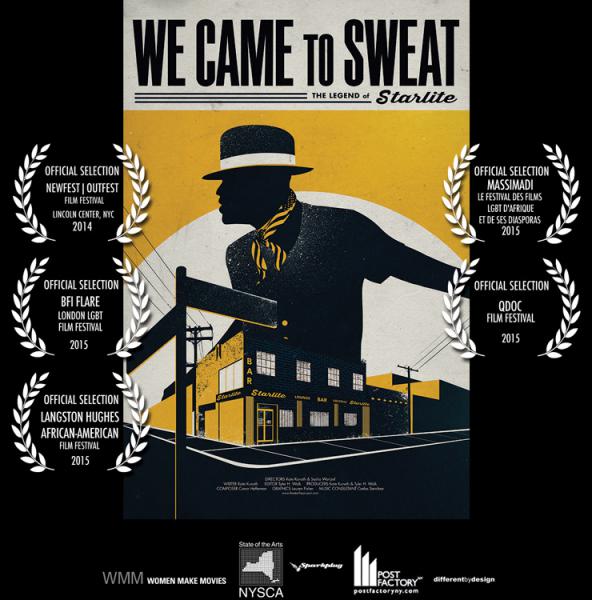 We came to sweat (Starlite)