OFFICIAL BIO
Mary Jirmanus Saba is a filmmaker and geographer. Her work explores labor, agrarian and working women's movements in the Middle East and Latin America, the militant images of both regions, and their usefulness for the present.

Mary Michelle Munir Jirmanus
Biography (by Beirut Film Station) :
Mary Jirmanus Saba's (Lebanon) work explores social movement in the Middle East and Latin America, and collaborations across the regions. From 2006-2008, she produced a weekly broadcast television program Via Comunidad in Ecuador. With the US-based Development Communications Workshop, she directed Primer Regreso (2008) for Harvard Kennedy School's Mexico Program, and co-produced Caminos de Esperanza (2010) - both have shown at festivals and in classrooms internationally. Mary is currently a graduate student in geography at UC Berkeley. Her work has been supported by the US National Science Foundation, the Harvard Human Rights Committee and Screen Institute Beirut. 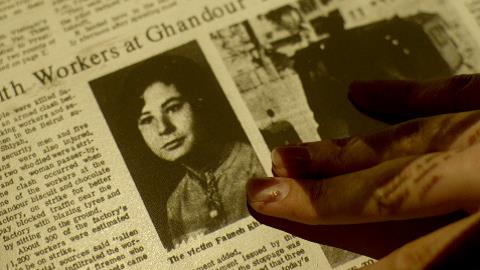