French-Algerian artist and filmmaker born in Algiers in 1982 who lives in France. She studied cinema at the Fresnoy National Studio of Contemporary Arts and was awarded in 2012 the Studiocollector award for her film Joan. In 2015 her work is sponsored by the artist Mounir Fatmi after being awarded at the annual exhibition Jeune Création. Her films generate a dive in movie history. A memorial, visual and sensory immersion, which leads us to reflect not only the origins of an art, but also its future. The work has been shown in several film festivals (including the FID Marseille, Festival of San Sebastian, New Directors New Films Festival, Zinebi film festival or the festival Côté Court) and in venues dedicated to contemporary art (it has integrated the CNAP collection) 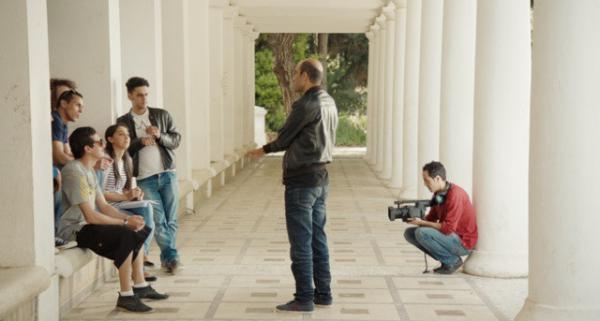