El Anatsui, is today widely recognised as one of the foremost contemporary African artists of his generation. His work makes reference to the history of the African continent, drawing as easily on traditional African idioms as on western art practices. Professor of Sculpture at the University of Nigeria at Nsukka, El Anatsui has been a seminal force in the development of a contemporary West African style of sculpture that continues to influence the several generations of talented younger artists to have emerged both under his tutelage and beyond. Chosen to represent the African Continent during the 1990 Venice Biennale, he has since gone on to exhibit and lecture extensively around the world and to achieve international acclaim. He was recently commissioned by the Eden Project to create a major sculptural installation in their Humid Tropics Biome and, as part of the Africa 2005 season, his work will be included in the Hayward Gallery's forthcoming'Africa Remix' exhibition. El Anatsui will also be a key speaker at the British Museum's Africa 2005 Conference.
El Anatsui's, most recent work explores the possibilities offered by found objects and assemblages made from collected and recovered pieces of discarded metal. Included will be several of the magnificent "cloth" pieces that have generated so much interest and comment since he first displayed them in 2002. Created by sewing together thousands of crushed and flattened liquor bottle tops to form extensive pieces of cloth-like material, the transformative beauty of these stunning works belies their mundane origins and gives an entirely new dimension to the idea of'recycling.' At his last London exhibition, two similar pieces, Man's Cloth and Woman's Cloth, were acquired by the British Museum. 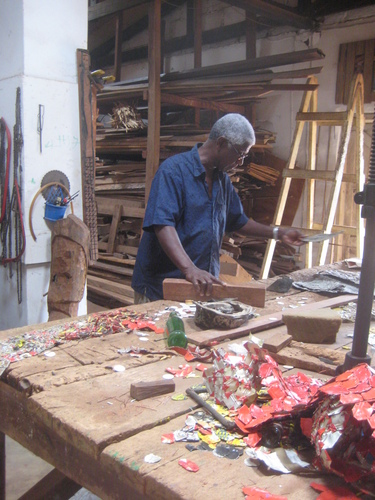 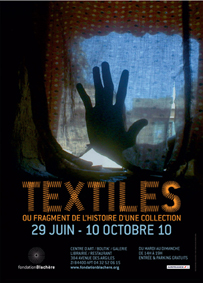 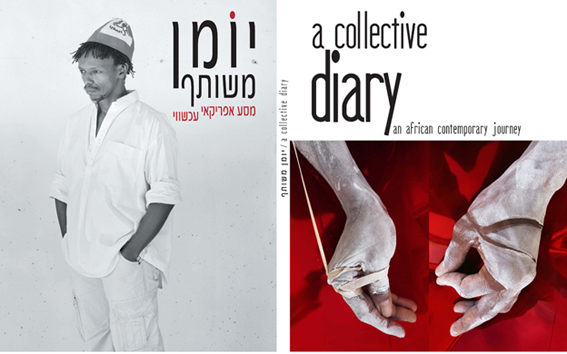