Rodney Charles is a native of London, England. He was educated at Cardinal Wiseman High School and graduated from Hounslow College. A member of the Writers Guild of Great Britain, Rodney won the prestigious Greater London Arts award for his screenplay Once Upon a Time, which he subsequently produced as a short drama. The critically acclaimed production won an achievement award from the Atlanta Film Festival and was broadcasted on BBC television and Super Channel in Europe, and screened at several notable film festivals worldwide including Venice, San Francisco, London, Burkina Faso and New York.

Having worked as a performer and writer throughout Britain and Europe, Rodney was introduced to the United States at the Sundance Film Festival premier of Mike Figgis' film, The Loss of Sexual Innocence. He won critical acclaim for his role as Charlie.

Rodney also stars in the movie Tears of the Sun, with Bruce Willis, directed by Antoine Fuqua; To Kill A Nonce, written and directed by Henrik Sikstrom; On the 8 Ball, a Film Four U.K. production; Paulie Charmed the Sleeping Woman, a story by Harlan Ellison, directed by Jorg Ihle; Person To Person, directed by Wim Wenders and several television projects, including the UPN series Girlfriends and FOX Television's Buffy the Vampire Slayer.

Rodney is represented by the Ford Model Agency as an international model and works frequently in the'fashion capitals' of London, Paris, Milan, New York, and beyond, including Asia, Africa, the Caribbean, Latin America, and the Pacific islands of Polynesia. Rodney keenly believes that the ability to travel and experience diverse cultures is "inspiring and spiritually regenerative," and it has heavily influenced Rodney's career as a writer, helping him to develop a diverse and original collection of trans-cultural, internationally relevant feature screenplays.

In 2006 Rodney founded The Disciple Productions, and in 2008 successfully completed his first feature film called The Disciple. (www.TheDiscipleMovie.com) The Disciple debuts Rodney as a feature writer, producer and director.

Rodney continues to work with the world's most talented photographers and directors on film, television, print and commercial campaigns, including, Levi's, Macy's, Banana Republic, Target, GAP, G-star jeans and Barneys New York - to name a few.

Rodney also graces the pages of numerous magazines including GQ, Details, Essence and the magazine publications of The New York Times and The Times of London. Rodney's career as an Actor, Writer, Filmmaker and Model has been highlighted in documentary profiles, including Fashion Television and E! (Entertainment Television), a Video Fashion production aired on 135 countries worldwide. 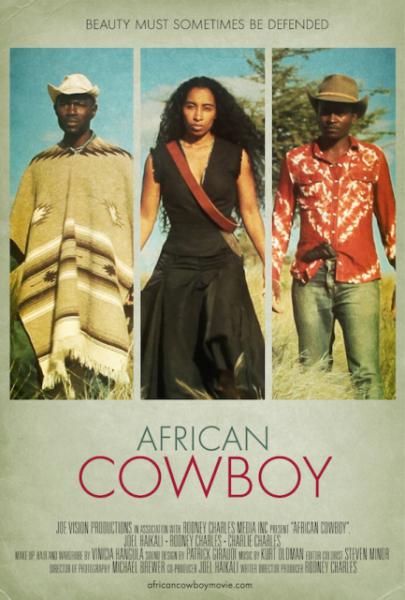