From Burkina Faso, Ismaël Ouedraogo attended the Leningrad Institue of Culture at the faculty of Cinematographic Arts, with directing and camera as specialty. He obtained there a post-graduate degree in 1983. After practical traineeships in studios of film directing and documentaries, Ismaël Ouedraogo has got so far seven study short films and nine professional short films. The Burkinabe director has worked both as assistant director and artistic adviser on about seventeen films, taking all genres and nationalities together. Ismaël Ouedraogo has been study manager to the institute of cinematographic studies in University of Ouagadougou, in image and camera. His administrative functions have among others retained him in the ministry of culture of Burkina, where he has respectively been head of creation office of the cinematographic production directorate, technical inspector of the ministry's offices and for eight years, Manager of the national cinematography. He has been member of the TV-video Jury at 22nd Fespaco (2011). 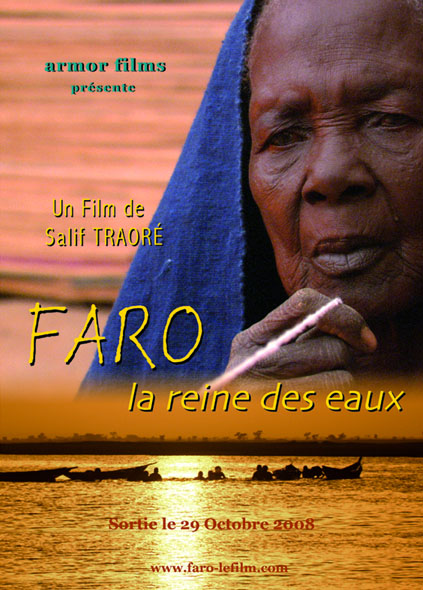 Faro - Goddess of the Waters