Mfundi Vundla, the sole shareholder in Morula Pictures defines the future of African television and film. A pioneer of his craft, Mfundi is responsible for the number one television programme on the continent: Generations.

Aired by the nation's public broadcaster: SABC1, the series is the longest running African soap opera. As the number one television program in South Africa, it outperforms American, Canadian and Australian programs.

Morula Pictures is responsible for a wealth of drama programming in South Africa with over two thousand episodes of Generations having been broadcast.
Backstage was the flagship daily youth drama series broadcast by the free to air channel: E-tv.

With the immense success of Generations, Mfundi set out to capture the imagination of the nations youth. Using the platform of dance and music, Backstage provides a daily dose of fun and exhilaration.

Mfundi Vundla is executive producer of the feature film: In My Country. A proudly South African film, it tells a captivating tale in a delicate and hauntingly beautiful manner. The film showcases International movie heavy weights: Samuel L Jackson and Juliette Binoche.

This edgy pace-setting drama has all the elements that make for exciting television viewing.

The resident doctors of Jozi-H all have one thing in common: There is never a dull moment in their lives. With thrilling elements such as romance, unorthodox medical practices, and the opportunity to play God, these doctors are bound to keep any viewer captivated.

Jozi-H takes place on a frontier, where modern western medicine meets traditional African healing; where groundbreaking HIV/AIDS research leads the way in search of a cure; where diseases no longer found in the first world remain a deadly challenge; and the volume of violent crime forces interns to become world experts on trauma in weeks, rather than years.

Morula Pictures has also ventured into animation, by producing Magic Cellar, a 3D animation series, a first for South Africa. This is also a Canadian co-production. The lovable characters of the Magic Cellar are enchanting! Join them for the most fun filled adventures as they transport the whole family to a new level of storytelling.

The most intriguing folktales are brought to life by adorable insects and their friends who make the experience of reading a pleasurable and fulfilling one. Allow this series to capture your imagination and re-visit the place where your childhood memories live: Magic Cellar.

The Magic Cellar has won 29 International Awards to date, these include 2 awards at the New York Film Festival, a Cine Golden Eagle, a Platinum Remi at the Worldfest in Houston and 2 Telly Awards. 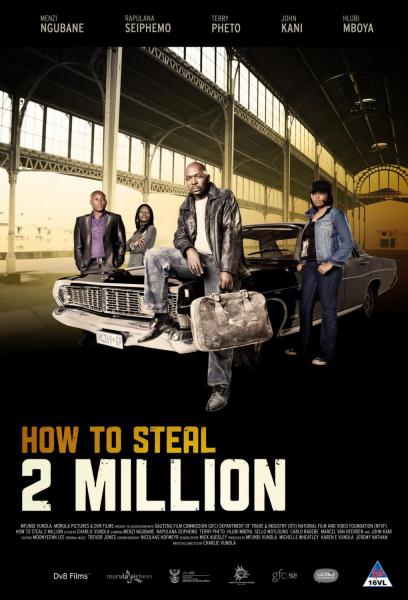