Dollar film is a cinematic journey, full with accomplishments, and has presented: "دعاء الكروان", "الحفيد", and "عائلة زيزي", next to tens of classic movies.

Leadership in the field is always measured with accomplishments, efforts tendered, and the quality of the material, and in the Cinema business, some more elements are added, like the number of stars discovered, or re-presented under better light, and the number of faces that are sorted through production companies, and the number of directors and authors that are pushed for the first time into the scene.

And through the past 60 years, Dollar film has accepted the burdens of all these factors, where it presented tens of movies that are considered to be milestones in the Egyptian cinema industry, and many of these works have ranked in the top 100, in many official polls, and it is certain that movies like "دعاء الكروان" written by one of the pillars of Arabic literature Taha Hussein, and the star of the screens Faten Hamama, and the knight of the Egyptian cinema Ahmed Mazhar, are not to be easily forgotten by the Egyptian and Arabic public, and this success is equaled by a great responsibility to be carried for long years by Dollar Film, to present classics in the Egyptian Cinema industry, such as "الحفيد", where the Egyptian family created a deep bond with this classic that continues the story of "أم العروسة".

The relationship between Dollar film and the Cinema industry dates back to 1949, when the producer "Ismail El Kurdy" began presenting cinematic works, driven by the need to deliver generations of movie stars, and to satisfy the taste of the different kinds of public, he went into tragedy, comedy, and action, delivering high quality content and art, and a high production value, that was considered the best during that era.

With steady and confident steps, he presented "بين السماء والارض", "Between the heavens and earth", as one of the most important movies that relies on most of the scenes being shot in one location, and this work made a killing in the box offices, generating a large profit, that helped make more movies. Ismail El Kurdy also presented thrillers and action movies, on the likes of Farid Shawki's "ابو احمد" Abo Ahmed. The Egyptian family had great luck with "عائلة زيزي", featuring the fantastic cast of Soaad Hosny, Fouad Elmohandess, and Ahmed Ramzy.

The seventies carried a new era to the company, that opened its doors to new producers, through "مبروك وبلبل" that presented Sandra Nashaat, as a producer for the first time. And then the BOOM happened in the beginning of Y2K, when the company opened its new production branch, New Century, that presented "الحاسة السابعة", with a first lead role to the star Ahmed Elfishawi, and a first time Director Ahmed Mekki. Accordingly, a new era began, with an adopted vision to present new names into the business, and to discover cinema talents, and introduce them to the scene, like Mohamed Diab as a screen writer for the first time in "احلام حقيقية", and then his name shined more when he presented "الجزيرة", and then the company introduced him as a director for the first time with "678" that scored off the charts on a global scale, as it put forward the issue of sexual harassment, and was picked up by various mediums in Egypt and the Arab world, noting that Bushra, who starred in this movie, won many awards, including best actress, is also an executive producer in New Century.

New century also presented names like the producers Mohamed Gomaa in "احلام حقيقة", and Mohamed Hamdy in "المشتبه", next to re-presenting Akram Farid in many popular works like "عائلة ميكي", EUC, and finally Samy Oxide El Carbone, without forgetting many new names like Jana, the baby girl in Samy Oxide el Carbone, featuring Hany Ramzi, noting that this movie is currently leading the charts for summer 2011.

Today's artists are proud to be working with the same company that presented work for the stars of the golden age of the Egyptian cinema, like Omar Alsherif, Faten Hamama, Shadia and Farid Shawki, Ahmed Mazhar, Nadia Lotfi, Lobna Abdelaziz, Adel Imam, and Mahmoud Abdelaziz.

On the level of distribution and cinema houses, the company owns a handful of them:
Cairo: Amir Shobra, Modern Shobra, and Odeon downtown. Soon the company will open "3D Porto Cairo"
Cinema Donia in Domiat, Ismailia, Banha, Mansoura, and Al Osra in Zakazik, Porto Sokhna, and more is coming.

The company hopes to walk the same line it walked since back in the forty's of the past decade, and to continue the journey with high quality and high creativity projects that respects the audience, and offers the stars and topics they wish to see in Cinemas. 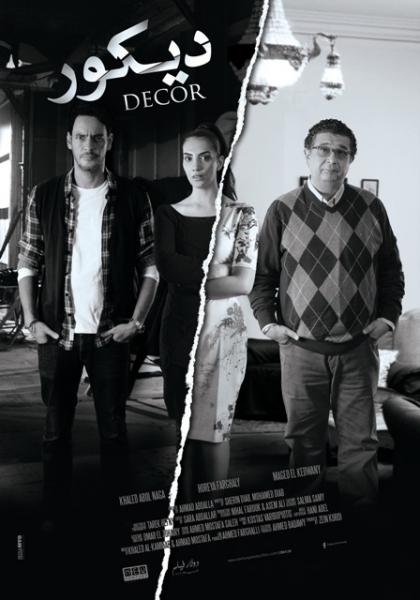 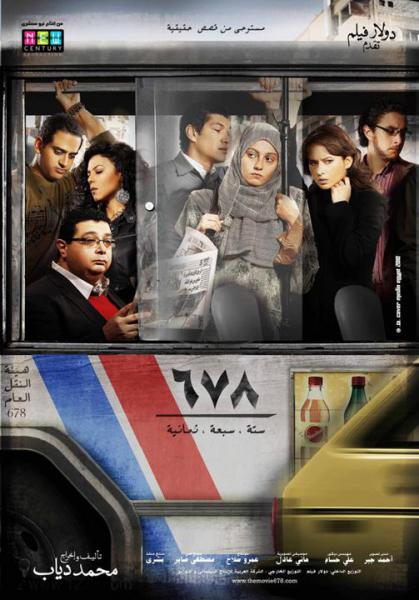