Stéphane BEYAK a.k.a. Manhitoo is one of the artist that established the hip hop scene in Cameroon. He started rapping as a student in France. When he returned to Cameroon at the end of the 1980's, he became active on the African hip hop scene together with his group Doi Hope. They were the first to record an entire hip hop album in Cameroon.

When he returns to Cameroon, he settles down in Biyem-Assi in the capital Yaoundé (similar to the Bronx in New York). He becomes the spokesman for the rough neighborhood, where street violence and gang fights (with bare hands and machetes) separates the territory. The biggest criminals in hood encourages him and tells him not to follow their way of life. They keep repeating

"we don't have the choice? we've got to feed our families who are dying of hunger and deceases. Our political leaders have sacrificed us on the altar of crime. We don't have another choice than steeling, robbing and even killing if we have to survive. You on the other hand, have the talent to write."

In 1995 Manhitoo leaves the streets of Biyem-Assi to settle down with his friend Gervais Ebongue, a.k.a. Geny Z in the much calmer Bali in Douala. That's where the group Doi Hope is formed. Doi Hope means The way to Hope (Doi means "way" in Douala).

In 1998, Simon Njami, who works for contemporary art internationally, contacted Doi Hope and Manhitoo to participate on the soundtrack for the movie LOOBHY, co-produced by Revue Noir and ARTE. The movie was a success and was distributed in countries around Europe, Africa and Asia.

Convinced by his talent, the French production companies Le studio 57 and Terres Africaines contacted Manhitoo to make commercial for he beer company Amstel. A campaign with posters (3x4 meters) all over Cameroon was made. The TV commercial was broadcasted on all TV channels all over Africa.

In 2006 Manhitoo started to work on his first solo album called MAN HI FI SCIENCE. The album will be made in collaboration with several producers with an international background, such as Ren Hook who has worked with artists like ROHFF, THE GAME, LA FOUINE, JANGO JACK, SOLANO, DRAY (ex DAS EXF) and J- RO (from THA ALKAHOLIKS). You'll also find music made Soul Supreme, the Swedish producer who has won several Grammy Awards in Scandinavia and who has worked with artists like RED MAN, PETE ROCK, KRS ONE and 113. Pharoah Williams (Pharell Williams'brother) and Brandon Bell, whose credit include BEYONCE, PAUL WALL, FREEWAY and many others, have also made a song for Manhitoo's coming album.

Many other surprises will also come with the new album, for example featurings with international artists like J-Ro (Tha Alkaholiks), Solano, La Fouine, Douty, Ikenna, Lalcko, and rappers from Cameroon like Krotal, DJ Bilik, Sumalek, Leotik, Djobolos, Danielle Eog and Billy from the group Moonkutchoo.

The abum has been supervised by Damon Williams and will be produced by Border-Blaster. The album will be released on February 11 2007.


For more information, check out 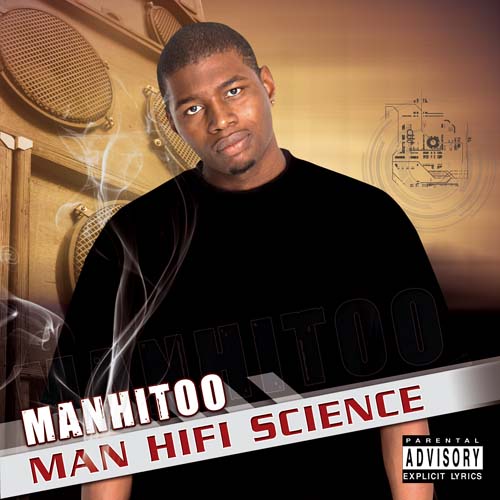