A film of two tales: One is the eye-opening account of how the objects and iconography associated with Voodoo worship are created, and their significance. The other is of Marianne Lehmann, a woman of Swiss birth who has, over five decades of living in Haiti, amassed the world's largest collection of Voodoo iconography in a modest house in Port au Prince. Lehmann tells of how she first came to Haiti and started her collection, as we are shown around the vast number of loas, drapeax and other objects. Yet more than the collection-which she stresses is not of objects, but of memories-what resonates most about this film is Lehmann herself. Her knowledge of the true practice of Voodoo, a faith which has precious little to do with sticking pins in dolls as propagated by American films, plus the passion and respect she has for the religion and its practitioners shine through to give us a fascinating view of a remarkable woman.


Born in Kirchberg in the canton of Bern (Switzerland), Marianne Lehmann settled in Port-au-Prince in 1957 after marrying a Haitian national. She started collecting voodoo objects in 1970, out of an early fascination for this culture and in an attempt to prevent them from being sold abroad. Over the years, she has built the most important collection in the world.
A voodoo heritage reveals the beauty and signification of these pieces, highlights the link between voodoo and the emancipation of the Haitian people, and draws a unique portrait of this 70-year old woman still imbued with a youthful spirit. 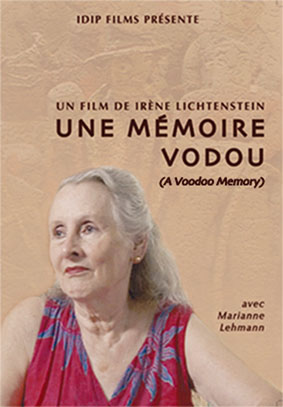 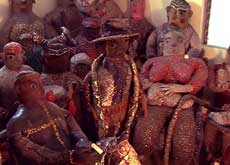