"Zimbabwe: Challenging the Stereotypes" brings the story of Zimbabwe up-to-date (2014) in a dramatic, readable, firsthand description of thirty four years of Zimbabwe's history by a South African academic, writer and arts educationist who went through it all - from Independence to the present. While it confirms some of the West's criticisms, it offers a unique alternative viewpoint and questions a number of long-held and seldom challenged beliefs, including the almost universal cliché that at Independence Zimbabwe had everything going for it and threw it all away through bad government. It offers a fresh assessment of Robert Mugabe, Zimbabwe's military involvement in the Congo, the Gukurahundi massacres in Matebeleland, sanctions, human rights, the rule of law, the media and culture in Zimbabwe and builds on recent research which demonstrates that the reality of the Land Reform and other aspects of the country's recent history belie the unquestioned and widely-propagated myths. 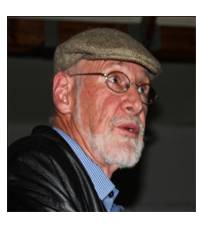