In 2002 she successfully auditioned for a role in the South African TV drama series Egoli, Place of Gold. She performed in five episodes.
Locally, she featured as the mother of the lead actress in The Girlfriend, a Tanzanian film.

In 2004 she was the President of the Jury for the Zanzibar International Film Festival (ZIFF), and in 2005 became the first female member to join the Rotary Club of Dar es Salaam. 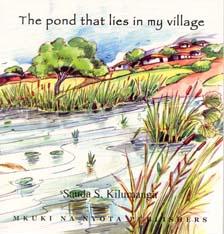 Pond That Lies in My Village, The