Giuseppe Cioccarelli is a veteran Line Producer with over 20 years of experience. He started his career in Italy in 1986 at FilmMaster, the biggest commercial production company in Italy.

In 1990 he started to freelance as a Line Producer for some of the most successful commercial filmmakers in the world, among them Tarsem, Steve Rogers, Michael Bay, Peter Thwaites, Lenard Dorfman, Giuseppe Tornatore, John Hushenurst, Waine Maule, and Louis Pascale Couvelaire. He has also worked for some of the biggest Production Companies such as Radikal Media, Knucklehead, Strawdogs, and Gorgeous.

Some of Giuseppe's credits include Christmas in India, Manuale d'Amore 2, Grande Grosso e Verdone, Italians (produced by Aurelio De Laurentiis), BlackOut (produced by Capitol), and Harb Hatalia (produced by al-Masah), a blockbuster movie that has been seen by over one billion people in the Arab world.
Giuseppe has a keen sense for locations all around the world and has traveled the globe in his career and shot movies in Australia, South Africa, Morocco, Dubai, Brazil, Spain, France, Bulgaria, Malta, Philippines, India, Italy and Syria just to name a few.

"It is my hope that through efforts such as the Aiff, Aruba will become known not only as an idyllic vacation destination with its perfect sand beaches but also as a center for culture and cinematography. The diversity of the Island's population makes it an ideal place to see films from around the world, their characters mirrored in the faces of the Aurban people. At our international press conference in Los Angeles in February, Aruba will be seen for the first time in an entirely different and powerful demographic market, that of the international film community."

The Aruba International Film Festival is being organized by a local film producing company called Aruba Film. www.arubafilm.com Italian film producer Guiseppe Cioccarelli, a 20 year veteran of the film industry, teams up with Jonathan Vieira, a rising young talent on the Island who is not only a music and video producer but a brilliant musician as well. 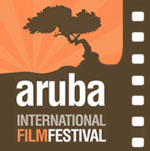