Published in conjunction with an exhibition that has traveled to the Museum of Modern Art in Warsaw from Berlin's Haus der Kulturen der Welt, this volume takes as its starting point the realignment of global ties after 1945-Europe's "year zero"-and focuses on the worldwide phenomenon of decolonization.

Investigating magazines, journals, and newspapers, the diverse essays in After Year Zero shine a spotlight on collaboration, not confrontation, in the many publications launched at various times and in different places within the African continent or the African diaspora. As the volume contributors show, the format of these periodicals provided a means for temporary intervention against hegemonic voices and made possible the necessary task of creating a new language to talk about art, life, and politics. In addition to text-based essays, After Year Zero also includes visual essays designed like collages of documents, quotes, and images.

With its unique international and interdisciplinary approach, After Year Zero is an innovative study of postwar narrative possibilities and a powerful reflection on the processes by which the "universal" can be generated.

- Universal Pictures: A Dialogue between a Future People from the Desert-Annett Busch

- Négritude as a Concept of Collaboration?-John Akomfrah

- Passions of Blackness and Imperatives of a Post-African Imagination: Re-reading Black Orpheus and Black Images-Denis Ekpo

- Decolonization in Adversity: Cultural Constellations through the Prism of Présence Africaine-Lotte Arndt

- On Souffles: Geographies of Solidarity-Clare Davies

- Where to Begin, Where to Belong: The Many Returns of Come Back Africa-Marie-Hélène Gutberlet & Tobias Hering

- The Black Elegance: Escape from the ‘80s-Charles Tonderai Mudede

- History Does Not Repeat Itself, but It Does Rhyme-Fred Moten 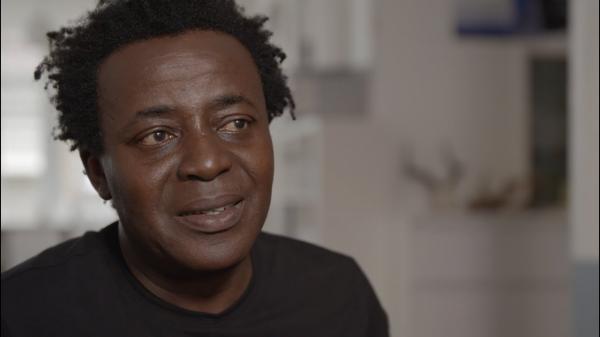 Museum of Modern Art in Warsaw