(From the East African author of Paradise, which was short-listed for the Booker Prize, a spellbinding novel of seduction and betrayal.)

"Refugee," I said, pointing at my chest. "Asylum."

When Saleh Omar arrives at Gatwick Airport late one afternoon, he has a badly faked passport and exhibits no knowledge of English beyond these two words. He was once a furniture shop owner, a husband, and a father. Now he has arrived in England seeking asylum from his native Zanzibar, using silence and claiming ignorance as his only protection. Meanwhile, Latif Mahmud, a poet and professor, lives quietly alone in his London flat, bitter about the country and family he has left behind and never revisited. When the two men meet in a small English seaside town, there begins the unraveling of a feud from long ago-a story of seduction and deception, of the haphazard displacement of people. This is a profoundly moving and eloquent look into the minds of two immigrants, two "others," who have left one home by the sea and gone halfway around the world to take up residence in another. Abdulrazak Gurnah, whose novel Paradise was short-listed for the prestigious Booker Prize, has created a stunning and elegiac look at a world where imperialism opens boundaries-only to close off borders.

(From the Publisher)
Abdulrazak Gurnah's sixth novel is a stunning and elegiac look at a world where imperialism has opened up boundaries only to close off borders. Passionate and profound, it reveals an author at the height of his powers. -Ce texte fait référence à une édition épuisée ou non disponible de ce titre.

(From Amazon.co.uk)
Abdulrazak Gurnah's By the Sea tells of an elderly man coming to Britain from Zanzibar, off the coast of Tanzania, as an asylum seeker. Rajab Shaaban-the name on his passport-does not explain to the British immigration authorities why he needs asylum, expecting only to be accepted, as the government of Zanzibar has been officially designated "as dangerous to its own citizens". The picture Gurnah paints of the asylum-seeker's lot in late 20th-century Britain is not a favourable one. Shaaban comes to Britain claiming he cannot speak English, yet understands all that is said to him. Through this deception he meets, after 30 years, the son of his namesake; Latif Mahmud has settled in Britain and is presented as an academic expert who will speak Rajab's language. We also receive glimpses of the torture and imprisonment of Shaaban in his own country, where men abuse their power after independence from colonialism. However, this unfair treatment is marginalised by the deception, bitterness and revenge that reverberates between the two families of Gurnah's story.

By the Sea does not present the reader with sympathetic characters and the tales that are woven are often confusing and petty. Mahmud and Shaaban take it in turns to tell their side of the story, almost drenching the reader with too much detail. Notably, Gurnah always makes his characters point out that they do not tell each other the whole truth; they leave gaps as if to protect each other and their families. Unfortunately, this makes the narrative distant and incomplete. It is hard to appreciate the stories and lives being unravelled when the narrators themselves seem unlikeable and distrustful. However, this may merely be a reflection of the bitterness and deprivation suffered in post-colonial Zanzibar, and the desolation that refugees find when away from their birth land. -Olivia Dickinson -Ce texte fait référence à une édition épuisée ou non disponible de ce titre.

(From Publishers Weekly)
Dense, accomplished and sharply conceived, this novel by Anglo-African writer Gurnah (Paradise; Admiring Silence) tells the story of 65-year-old Saleh Omar, a merchant refugee from Zanzibar who applies for asylum in England. A present-day Sinbad, Omar is fleeing a land where the evil jinn are the larcenous rulers equipped with all the accoutrements of contemporary authoritarianism concentration camps, rifles, kangaroo courts, etc. Upon arrival at Gatwick Airport, Omar presents an invalid visa, made out to his distant cousin and most hated enemy, Rajab Shaaban Mahmud. Advised not to demonstrate that he knows English, he puts on a charade of incomprehension for his caseworker, Rachel Howard, until uncomfortable circumstances force him to speak. In the meantime, Rachel contacts the English expert on Kiswahili, Latif Mahmud, who just happens to be the real Rajab Shaaban's son. Inevitably, the two men get together in a little seaside English town. Latif long ago cut off all relations with his Zanzibar family, having taken refuge in England in the'60s and gone on to become an English professor and poet, and a rather lonely single man. Saleh, he learns, has been pursued vindictively by Rajab and his wife, Asha, the mistress of a powerful minister. Due to recriminations over an inherited property, Saleh was eventually dispossessed of his house, arrested and imprisoned in various camps. Getting out, he starts over, only to be threatened by Latif's brother, Hassan. Gurnah's novel is a painful, unapologetically literate probe into the tragedy of the postcolonial world, where refugees are always emerging, "stunned, into the light of yet another gathering shambles." (June) Forecast: Paradise was short-listed for the Booker Prize, which should draw some critical attention to Gurnah's latest, though sales will likely be strongest at university bookstores.
Copyright 2001 Reed Business Information, Inc.

(From Library Journal)
Zanzibar author Gurnah, whose novel Paradise was a finalist for the Booker Prize, here illustrates the destructiveness of pride and the divergence of memory and truth. When Saleh Omar arrives in England from Zanzibar as a refugee, he hopes that he can leave behind his old life, marred by prison, death, and ruin. Instead, he encounters Latif, whose family's feud with Saleh destroyed nearly everyone involved. The two men's stories unwind slowly and gracefully, bringing the reader into a darkened room with the two old foes as they call forth ghosts, only to discover that the truth is often harder to believe than lies. Gurnah treats his characters like old friends, accepting their faults to see the dignity beneath. His portrayal of everyday immigrant life and quiet Muslim piety makes this a gentle, enjoyable read. Recommended for public libraries. Ellen Flexman, Indianapolis-Marion Cty. P.L.
Copyright 2001 Reed Business Information, Inc.

(From Booklist)
Refugees shrink from painful recollections and yet feel impelled to tell their tales. This paradox of the displaced and disenfranchised is Zanzibar-born, England-based Gurnah's grand subject, one he explores with exquisite delicacy, suspense, and wit. He maps the mesh of the personal and the political in his sixth novel, a mesmerizing minor-key duet for two Zanzibari men living in England-Saleh Omar, an elderly former furniture dealer and a recent arrival, and Latif Mahmud, a professor of literature. Distantly related, they share a complex and tragic past involving devious business deals, illicit seductions, a sojourn in East Germany, and a long imprisonment, events set in motion during the 1960s, when British rule ended in Zanzibar only to be replaced by a vicious socialist regime. Lapidary in construction yet unfailingly supple, Gurnah's nuanced inquiry into racism, imperialism, and the corrupting nature of power is simultaneously taut with repressed fury, redolent with bittersweet memories of a lost homeland, and vivified with a sea breeze of hope. Donna Seaman
Copyright © American Library Association. All rights reserved 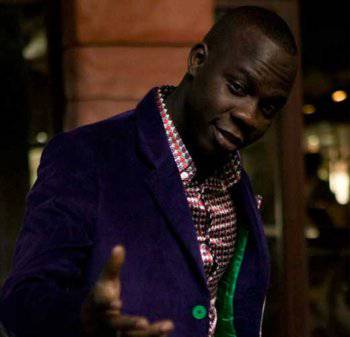