Cinema artworks are used by the filmmakers to treat issues that a society may face, aiming to sensitize the audience to find a solution. This is a permanent spread formula which was enough treated by many theorists. What if we decode a movie as a mirror which reflects a society, illustrates its identity, represents its anthropological concept, clarifies the specificity of its DNA, which nucleotides figure in traditions, dressings, cooks, language, architecture, and so on. While making of a movie, any filmmaker, whatever would be his origin, unconsciously represents his identity to the spectators, enabling them to closely touch a historical situation, already lived his country, many decades or centuries ago. This makes a movie, once internationally distributed, or selected in international competitions, or invited as a tribute to the filmmaker and his career, able to represent an ethnicity, a religion, a society, a heritage, a culture, a history... re-lived by the viewers 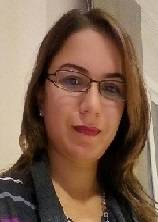