"The Whale Caller" is a film based on Zakes Mda's best selling book. It is an enchanting romantic comedy of sorts told through lyrical and magical storytelling. The story is set against the backdrop of the stunningly beautiful Hermanus, on the west coast of South Africa, and follows the Whale Caller, a man who has long turned his back on humanity but comes to find love again. Will he be brave enough to connect with humanity again and brave enough to love? It's a heart-warming story about his journey from misanthropic alienation to human connection, driven by a unique love triangle between him and Saluni, the wispy sexy town drunk who harbours ideas of grandeur and Sharisha, a Southern Right whale.

This pilot trailer was produced with a grant from the National Film and Video Foundation.

"I have watched this clip many times. Man, this is great work. Very magical. Like a dream! Very haunting! If this trailer represents what the final product will look like, then there is no doubt that you will have a wonderful work of art in your hands that will captivate the world for generations. Those actors are great, evincing a lot of pathos even in the first few seconds that they appear in the clip. And the horn is haunting and forlorn. I had tears in my eyes! Shit, man, the texture of this piece! The colours! The sounds!"
Zakes Mda

Based on the widely acclaimed novel of the same name by Zakes Mda, THE WHALE CALLER is the story of a love triangle between the titular Whale Caller, his beloved whale Sharisha, and Saluni, the village drunk who teaches him to open his heart to people again.

Set in Hermanus, the scenic whale watching capital of South Africa, this is a vibrant tale of the New South Africa, with all of its challenges and complexities. It is about whales and nature. But above all, it is about people.

This has the potential to be a beautiful film, and we need your help to make it happen. Take a look at the contributor rewards on the right sidebar, pick your favourite perk, and then tell your friends about the campaign. Every dollar you contribute brings us a step closer to making the film. 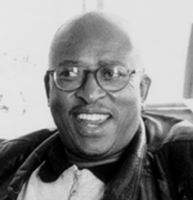