The film is a one-hour 12-minute debut sequel that was written, directed and produced by Leonard Chibamu.

The series was shot in 3D format and will be available on DVD and Blu Ray disc formats. 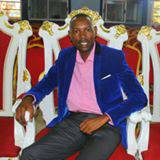