It was in Toulouse that La Seconde Méthode ('The Second Method') started out three years ago, and the encounter between Chadian musician Abaye l'Enfant Noir and three French musicians was clearly an important one. Just six months after their first rehearsal, the group recorded El Kanémy, a mini-album of six dry, tight, tense tracks.

'These sober little rhythmic motifs swing infectiously, solidly anchored by Pascal Renouard's drums and Antoine Dubost's bass, while guitarist Nicolas Lafourest adds modest, discreet touches to the relentless clockwork, but dazzles when he has his word to say. Chadian Abaye l'Enfant Noir, child of oral tradition, with extraordinary delivery, hypnotised by his own litany, stands at the helm, eyes half-closed, beaded with sweat, while his crew, transfixed, holds it steady against winds and tides.' - from the Ouvertures des Clôtures festival Pruines, 2011 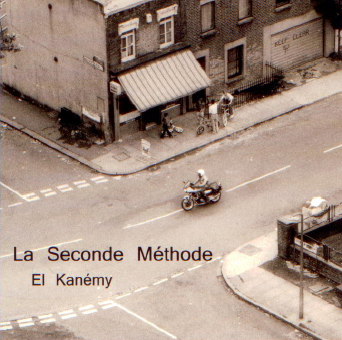