THE judges in the Dede Kamkondo Short Story Competition have finally passed their joint verdict proclaiming Breaking Free, a short story by Andrew Dakalira as the best this year.

The judges of Jack Mapanje, Stanley Onjezani Kenani and Shadreck Chikoti were expected to have their decision ready by last month but they delayed having encountered challenges with the stories.

However, after several discussions among themselves, the reputable judges, who are well known in the writing circle in the country selected Breaking Free as the best piece followed by Legacy which was written by Muthi Nhlema.

"We have a joint verdict. The best stories are well structured and fresh to read. We found Breaking Free the best; followed by Legacy," said the organisers announcing the results.

The judges in an email response while apologizing for delaying the results noted that the majority of the stories had one weakness or other.

"We think that most writers spend a lot of their time playing with language rather than telling the story. The drama that develops between characters should be revealed through character. We should not be told. We should be shown action," said the judges.

The judging panel also said that the themes of most stories were too obvious in that lots of other (African) writers have written about them before.

"Writers must be encouraged to read other people's stories to avoid obvious repetition of subject matter. We need originality. Opportunities are often lost, that is, where generations (the parents, sons and daughters) are in conflict – good dialogue could bring out the drama," said the trio.

Despite these negative observations, the judges hailed the organisers for the competition saying it is encouraging young people to take write stories.

"This is also an excellent way of remembering Dede Kamkondo who would have been delighted to see how he is remembered," said the judges.

Creative director at www. malawiheat.com (Malawi Heat) Pius Nyondo, financiers of the competition – which is in memory of versatile Malawian writer, poet and playwright Wisdom Dede Kamkondo said they were thankful to the judges for selecting the winner.

Nyondo, who bemoaned lack of commitment on the part of donors as one of the challenges facing the progress of the competition did not say when they will present the prize money to the winner.

"Since 2013 we have been financing the contests from our own pockets, and it has not been that easy. The corporate world, which we have approached times without number, have not been very forthcoming," said Nyondo.

Ten stories were shortlisted in the competition and apart from the Dakalira and Nhlema's stories, the other stories that made it into the top 10 include Beaton Galafa's Bullet in the Wind, Steve Kumalonje's Innocent Accident, Tuntufye Simwimba's Meet Benedict, Precious Mulima(Scarlet Rivers), Wesley Macheso for Sweet Mangoes in his ears, Theophany Nammelo for The Music of Nature, Natasha Munde for Whispers of May and Tawonga Msowoya for Mr Charles.

Due to financial challenges, the organisers indicated recently that they will only award a cash prize to the overall winner, with the first and second runners up getting nothing.

The Dede Kamkondo Literary Awards are a brainchild of Nyondo and Towera Kamkondo – daughter to Wisdom – and were inaugurated in 2012. Paul Sezzie won the inaugural poetry award.

Unlike in the inaugural year, when only 35 entered the competition, Nyondo said the number of submissions was overwhelming this year as they received 104 entries. 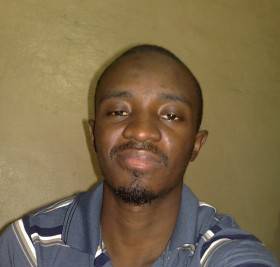