In this new book, Sam Mpasu leaves jail-talk and politics aside to take on the role of a grandfather. The author of Nobody's Friend and Political Prisoner 3/75 has returned with a children's book, The Hare and Other Folktales.
In The Hare and Other Folktales, Mpasu tones down and simplifies his diction to appeal to his new found audience-children.
Mpasu: Malawians are slowly losing the folktale tradition
But why did the political writer shift to children's books?
In an interview with On the Arts, Mpasu says this is an attempt to rekindle the fireside folktale culture that he inherited from his grandparents-a tradition that he says is slowly dying.
"Unfortunately, Malawians are slowly losing the folktale tradition. It was a moral campus for the young ones. Through the folklores, lessons of bravery, stupidity, malice and honesty were passed on. Now our children are glued to television screens from where they learn foreign values," said Mpasu.
The politician-cum-writer argues that writing is his hobby, just like politics.
"I have always been a writer. Writing is my hobby; I do not do it for commercial purposes, just like politics is a hobby to me. Because I do not like to passively watch things go wrong. I want to be that person to right the things that are going wrong in our country," says Mpasu, a former Speaker of Parliament.
Where writers decry a losing battle to a gradually receding reading culture, Mpasu still finds the desire to publish a book-targeting a generation that prefers television over books.
One would ask if he is not afraid of piracy.
But Mpasu confidently argues that the key to getting one's material read is by writing material that is interesting.
"I agree the reading culture is dying, but when you write material that is interesting, people will read. You have to give the children a good reason why they have to leave their TV screens and read your story," he optimistically asserted.
Mpasu broke out as a writer in 1975 with Nobody's Friend, which he authored while serving in Malawi's diplomatic mission in Germany. The novel earned Mpasu a two-year prison term for insinuating that Kamuzu Banda was 'nobody's friend'.
It was in prison where Mpasu started working on his second book, a prison memoir which vividly illustrated the ills and oppression during the one party era.
The memoirs were soon to become Political Prisoner 3/75, whose chapter, The Interrogation, was featured along with SaroWiwa, Kwame Nkrumah, Kenneth Kaunda and Jomo Kenyatta in a collection of prison writing, Gathering Seaweed edited by Jack Mapanje.
Mpasu, known more as a politician than a writer, was one of the pioneers in the fight for multi-party democracy in the 1990s. He was appointed in the 20-member National Referendum Commission.
He served as a member of parliament for Ntcheu Central Constituency from 1994 to 2004.
Mpasu has held different cabinet portfolios such as Minister of Education, Science and Technology, Minster of Health and Population, Minister of Information, and Minister of Commerce and Industry.
He also served as Speaker of Parliament from 1999 to 2004. Mpasu is now the President of the New Labour Party. 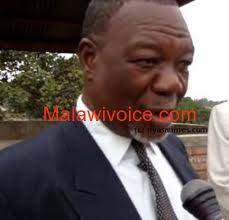