Asghar Farhadi was born in 1972 in Isfahan (Iran).
From a young age, he discovered within himself an artistic sensibility that led him to study writing and to immerse himself in the world of theatre and cinema. After entering the Youth Cinema Society, he continued his studies at the University of Tehran, from which he
graduated in 1998 with a Masters in Stage Direction. His output from his ten years of study was prodigious: he directed six short films and wrote and directed two series for television.
In 2001, the doors of cinema opened up thanks to Ebrahim Hatamikia, with whom Asghar Farhadi co-wrote the script of LOW HEIGHTS (ERTEFAE PAST) (2002), a chronicle of Southwest Iran that met with critical and commercial success. Soon afterwards, he wrote and directed his first feature film, DANCING IN THE DUST (RAGHSS DAR GHOBAR) (2003), about a man forced to divorce his wife and to hunt snakes in the desert to repay his debts to his in-laws. The film won awards at the Fajr and Moscow International Film Festivals.

A year later, BEAUTIFUL CITY (SHAH-RE ZIBA) (2004) had similar international success. The film, which examined the pitfalls of the Iranian judicial system through the story of a young man sentenced to death, won awards at the Fajr and Warsaw International Film
Festivals.

In his third film, FIREWORKS WEDNESDAY (CHAHAR SHANBE SOURI) (2006), Asghar Farhadi followed the trials and tribulations of a couple through the eyes of their maid. The film demonstrated the singularity of Asghar Farhadi's vision. It was highly praised in Iran as well as internationally, where it won the awards for Best Film at the Chicago International Film Festival and Best Screenplay at the Festival des 3 Continents in Nantes. This was Asghar Farhadi's first film to be
released theatrically in France, a country that would become increasingly receptive to his work.

A prolific director and scriptwriter, Asghar Farhadi began to surround himself with a family of actors. Taraneh Alidoosti played the title role in his next film, ABOUT ELLY (DARBAREYE ELLY) (2009), which marked the third time that they had worked together. With its
psychological suspense, the film seduced the critics and audiences of Iran. The film represented Asghar Farhadi's greatest international success to date: he won the Silver Bear for Best Director at the Berlin Film Festival and the film won Best Film at the Tribeca Film
Festival. In France, led by an enthusiastic press, the film had over 100,000 admissions. It was also Iran's official submission for Best Foreign Language Film for the Academy Awards in 2009.

With A SEPARATION (JODAEIYE NADER AZ SIMIN) (2011), Asghar Farhadi reunited with a number of the actors from ABOUT ELLY, including Peyman Moadi (in the role of Nader), Shahab Hosseini (in the role of Hodjat), and Merila Zarei, who plays Madam Ghahraei,
the teacher of the young Termeh, who is played by none other than the director's daughter, Sarina Farhadi. After winning the most prestigious awards at the Fajr Festival, A SEPARATION swept the awards at the 2011 Berlin Film Festival, where it won the Golden Bear for Best Film, the Silver Bear for Best Actress for the ensemble of actresses, the Silver Bear for Best Actor for the ensemble of actors, as well as the Ecumenical Jury Prize and the Morgen Post Reader's Award. This was only the beginning of a long list of prizes. The film took over 70 awards internationally, including the Golden Globe for Best Foreign Language Film, the César for Best Foreign Film, and finally, the Academy Award for Best Foreign Language Film. A SEPARATION sold worldwide and was an international smash success, unprecedented for any Iranian film. In France, the film had one million admissions, a historic result. In the United States, where the film was released in December 2011, the film's box office
was on par with the most successful foreign language films ever released in the US.

With THE PAST (2013), Asghar Farhadi shot the film in France and in the French language. The film stars amongst others Bérénice Bejo, Tahar Rahim and Ali Mosaffa. The film's screenplay won the EU Media Prize. THE PAST will premiere in competition at the 2013 Cannes Film Festival and won the Best Actress Award (for Bérénice Bejo) and the Ecumenical Jury Prize. 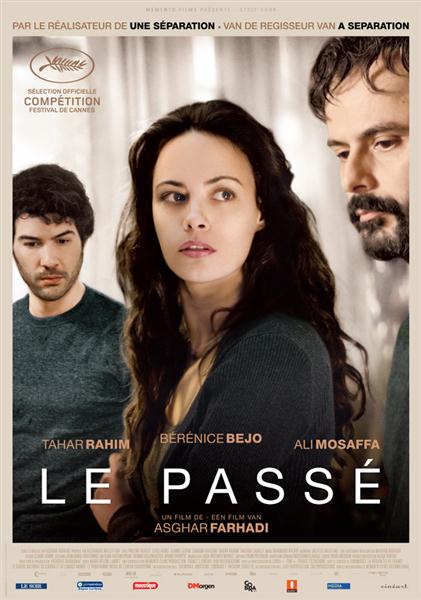 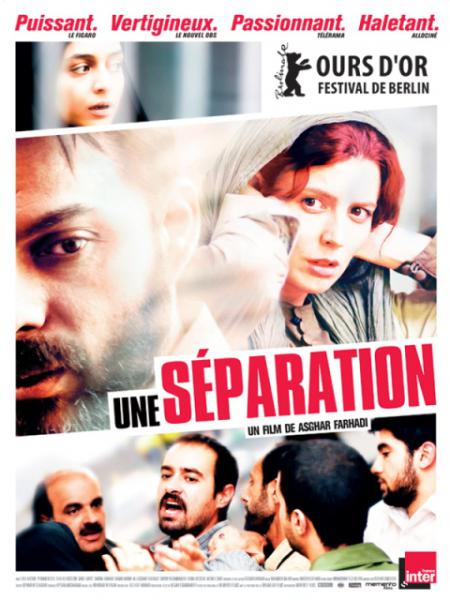