Blossom CHUKWUJEKWU is an actor.

Blossom ‘Chuks' Chukwujekwu is now fondly referred to as Nollywood's newest quintessential and bankable leading man. One of the Nigeria's more recent acting discoveries, his break out movie FLOWER GIRL has premiered to critical and commercial success in Nigeria, Ghana, the United Kingdom and film festivals in US and Canada. Blossom's next block buster feature film; FINDING MERCY was one of the most anticipated and successful movies of 2013. It was the closing film of the African International Film Festival (AFRIFF 2013). Blossom's latest effort; KNOCKING ON HEAVEN'S DOOR opened in cinemas nationwide on April 18, 2014.

Blossom's acting credits include FLOWER GIRL (2013), FINDING MERCY (2013) alongside Rita Dominic, KNOCKING ON HEAVEN'S DOOR (2014) with Majid Michelle and Ini Edo. THE VISIT (2014) with Nse Ikpe-Etim. Others include FORGETTING (2014), VALOR (2014), COMMANDMENT 7 (2014) starring Stephanie Okereke and Kalu Ikeagwu, COBRA (2014) and THE GREEN EYED (2014). He has featured in a handful of TV dramas & series, such as; TINSEL on MNET, where he played Mr. Akinlolu Hart, MTVBASE's HIV themed SHUGA, CATWALQ by Emem Isong and Monalisa Chinda, Greg Odutayo's MY MUM AND I, ABOUT TO WED, MARRIED and Nigeria's first indigenous Telenova; Taste Of Love, where he plays Kelechi Pepple. 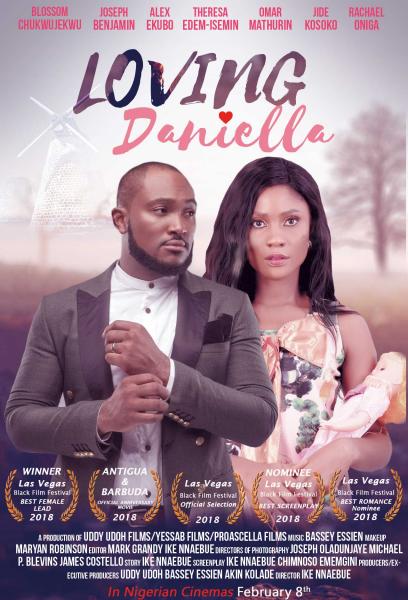