See his articles on Africultures.com (2)

Researcher and independent curator, specialized in Arab cinema.
After studying philosophy, history of arts and archeology in France, Mathilde Rouxel studied for a Master's degree in cinema at ENS in Lyon (France) and in Saint Joseph University in Beirut (Lebanon).

Her PhD researches deal with struggling cinema made by women in Egypt, Lebanon and Tunisia since 1967, as part of a general cinema history of Arab filmmaking. She published the first monograph about the French-Lebanese filmmaker Jocelyne Saab (Jocelyne Saab, la mémoire indomptée, Dar an-Nahar, Beirut, 2015) from whom she was a close collaborator during the last 6 years of her life. She worked with her on the Cultural Resistance International Film Festival of Lebanon that the filmmaker created in 2013, but also on all her last film projects and on the editing of her book Zones de guerre (2018).

She also worked on the development and the organization of the first Biennale for Arts and Cinema in Lebanon (BLICA), a project leaded by Jocelyne Saab and which took place in Lebanon between September and November 2017 and now organized by the Modern and Contemporary Art Museum (Lebanon).

Mathilde Rouxel worked for the enhancement of Jocelyne Saab's artwork while she was still alive through the organization of different tribute events (focus in Forum des Image as part of "Un état du monde" film festival in November 2017, curator of the exhibition "Jocelyne Saab against the Tide" held by the Modern and Contemporary Art Museum (MACAM - Lebanon) in June 2018, curating of the Dar el-Nimer "Jocelyne Saab's Month" in November 2018).
She is currently in charge of her whole artistic heritage, and founded with Jocelyne Saab's son Nessim Ricardou-Saab the Jocelyne Saab's Friends Association which aims to the enhancement, the restoration and the wide dissemination of her artistic heritage (http://jocelynesaabasso.com).
Mathilde Rouxel is also coordinating the scriptwriting residency project Films Femmes Francophones Méditerranée (FFFMed – http://fffmed.com), writes for different magazines, newspaper and website in France and Lebanon and works as an independent curator for several festivals. 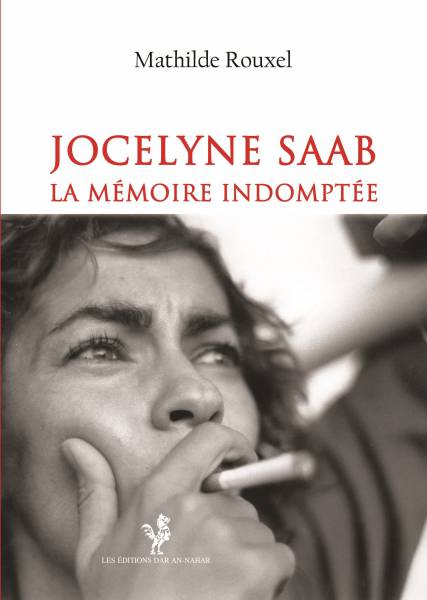