This 18th century military complex is located on a high ridge running parallel to West Bay Street, a five- minute walk from the city centre along Marcus Bethel Way and about 15-20 minutes from the resort of Cable Beach. At its western extremity is the entrance to the botanic gardens.

Fort Charlotte, constructed during the governorship of Lord Dunmore, was named in honor of the wife of King George III.  There are actually three forts: Fort Charlotte, the eastern section, Fort Stanley, the middle section and Fort D'Arcy, the western section. The building of the forts, out of solid rock, was begun in 1787 and completed in 1819. A dry moat surrounds Fort Charlotte and is spanned by a wooden bridge on the north side. The forts and military installations in New Providence and throughout The Bahamas, formed such an insurmountable defence system that potential invaders were discouraged and as a result these forts never fired a gun in battle.

Today the fort complex is outfitted with exhibits displaying the history of this fortification.  Reenactments and historic weapon firing are a part of the ongoing interpretative program planned for the fort. 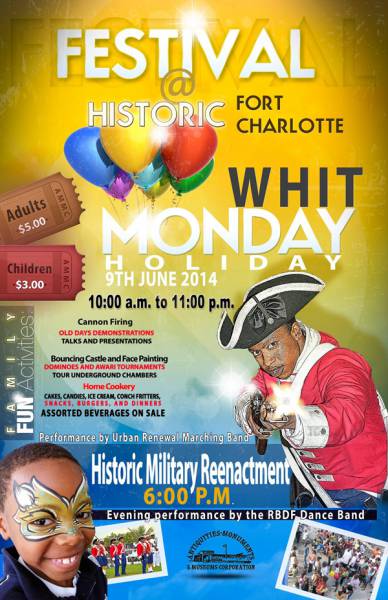