Black and White in Color

In a remote area of West Africa in 1914, the French inhabitants of a trading post coexist amicably with the Germans at a neighboring garrison until they see a months-old newspaper bearing the headline that France and Germany are at war. A wry commentary on patriotism and colonialism, the film was Annaud's feature debut. His previous projects included films for the French army and television commercials. The movie was filmed in Ivory Coast (present-day Côte d'Ivoire), which entered the picture in the Academy Awards competition, although most of the cast and crew were French. It was a surprise winner, since it had not yet been widely seen in the United States and was up against France's Cousin, cousine and Italy's Seven Beauties, both of which had been big box office successes and were nominated for awards in multiple categories.


1976: Best Foreign-Language Film
Black and White in Color from the Ivory Coast, directed by Jean-Jacques Annaud 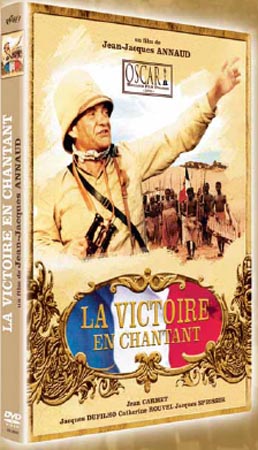