As Artistic Director of DIFF, Masoud Amralla Al Ali oversees the entire programming for the festival that comprises films from Arab and international filmmakers.Masoud's passion for cinema ensured that his knowledge, experience and expertise were an important part of DIFF from the very first edition. The 2006 edition of DIFF saw Masoud's appointment as Artistic Director of Arabic Programming and General Coordinator of the Muhr Awards - a platform that recognises talent from the world of Arab cinema. As Artistic Director, he was responsible for selecting films from the Arab and non-Arab worlds for the Arabian Nights and Emerging Emiratis programming sections.In his capacity as Artistic Director of the UAE Cultural Foundation, a national cultural institution funded by the federal government in Abu Dhabi, he founded the Emirates Film Competition, an annual cinema event held in Abu Dhabi to promote Arab films and encourage Arab filmmakers from the UAE and the region.Masoud is highly respected in the film community and is generally regarded as one of the region's best-informed experts on Arab cinema. He has directed several documentary films and writes extensively as a critic on Arab cinema in Arabic publications. 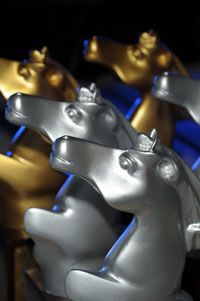