Meri Markham takes us on a journey with Jenifer Baing Waiko, from the Aztera clan. Her father , a leader and former political figure, is from Markham valley,  Papua New Guinea, and her mother is from New Zealand. The film describes Jenifer's return to her community as a woman that has been educated oversees but has not forgotten her roots and making a commitment to her people in Markham. Back home, she is the young mother of two children, has taken on the family cocoa farm with her husband and takes care of an NGO. Meri Markham follows her journey to stand for the 2012 Markham Open election, aiming to provide her strength and determination to help her country.

This movie was in competition for the Pacific International Documentary Film Festival in 2015 (FIFO) and is part of the Pawa Meri film project. 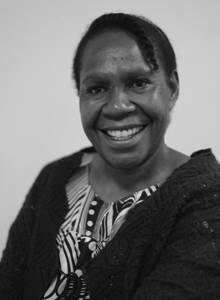