Work Hard has a different focus than Ayisoba's previous releases. This was partly due to the disruptions and adjustments that Covid brought in its wake, which in turn necessitated a more homegrown strategy. The bulk of the recording and mixing was done at Top Link, Francis Ayamga's hilltop studio in Bongo, a town in the Upper East Region of Ghana bordering Burkina Faso. Francis has become an in-demand producer, due mainly to his previous work with Ayisoba, a relationship that also packed in a European tour as part of the King's band, playing the djembe and bembe drums. Francis has thrown himself into curating as much of the local music scene as possible, producing This is FraFra Power (2019), released on Makkum Records, the label of key Ayisoba collaborator and main international "presence" on Work Hard, Zea, aka Arnold de Boer. De Boer, who mixed two tracks and did the mastering (as well as adding vocals and guitar parts), talked of how some of the "Glocal" sounds on King Ayisoba's new record initially came to pass.

The record's core playfulness, brilliantly captured by Ayamga, could be a spirit conjured up whilst playing live back in 2019, when Zea and Oscar Jan Hoogland toured with King Ayisoba, Ayuune Sule, Atamina, Prince Buju and others, "in a big bus driving through the country: a West African Magical Mystery Tour." De Boer: "Ayisoba said he'd like to 'chop' some of my beats with the band. We tried it, then he and Francis started working on things. Sometimes beats went first, sometimes the other way round, but always around the groove of the band. Ayisoba believed he'd show that the [local] tradition was more powerful." 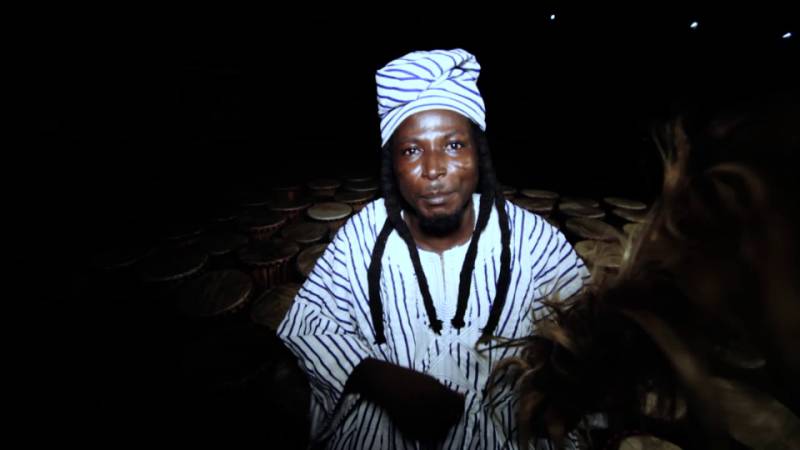