A naïve young girl with low self-esteem wants to be as beautiful as her mother. She decides to write to Father Christmas asking for long, straight hair. Her dream is almost ruined by a cynical man who gives her a dose of reality, which makes her resort to extremes to achieve her goal. With the help of her grandmother, she finds true acceptance and identity.

FATHER CHRISTMAS DOESN'T COME HERE is a story about a young girl looking for acceptance. It is also a journey that each of us goes through, the self-realization and self-consciousness that strikes each of us as we go into life. On a broader level the film deals with society and the self-imposed colonial thinking and perceptions about beauty. West vs. tradition, rich vs. poor, perceived Western beauty vs. traditional natural beauty.

It is a character study of how juxtaposed the two worlds in which we live in are. Each day tradition meets Western way; it is a constant struggle and inner turmoil for what is the right way-conserving our tradition but at the same time keeping up with global trends.

In the African and African diaspora context, people of African descent have been in constant struggle with their bodies, looks and what is considered beautiful. African people relax or straighten their hair; lighten their skins because it is still strongly believed that straight hair and a lighter complexion makes you beautiful. While kinky, thick natural hair makes you'uncivilized.' It is this kind of thinking that gets passed on from one generation to the next generation. Relaxing one's hair becomes an initiation of sorts. But what does this mean for the African race? Is it a lack of acceptance? Can this form of thinking ever be erased from our consciousness?

This is reflected in our story by my cast, Siphokazi, who is influenced by what she sees around her. It is self-imposed and very prevalent in our times. 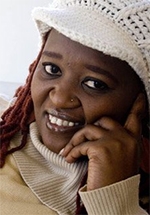 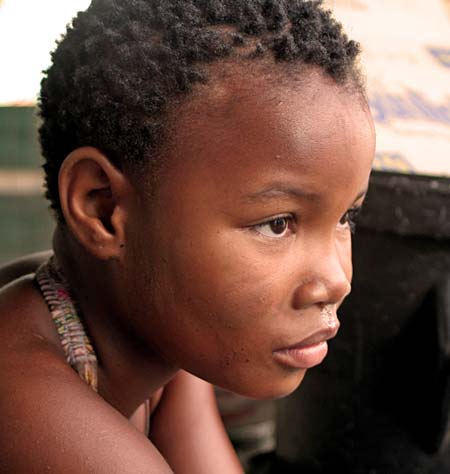