On Sunday, 2nd of February 2014 at 5.30 pm AfricAvenir invites to the German premiere of the fictional documentary "The Other in Me" (L'Autre en Moi, original with English subtitles) with Senegalese director Fatou Kandé Senghor in attendance. The movie shows the joint journey of American-Senegalese twins who lived in different contexts for decades. During their joint trip to different places of remembrance questions about family belonging and their own history come to the fore. The carefully documented conversations of the twins, ancestors of the first Senegalese President Léopold Sédar Senghor, will be intelligently connected to concepts of Négritude of the 1930s. Fatou Kandé Senghor is not trying to find an answer to the question of identity but rather initiates a discussion about the term and concept itself.

Following the screening there will be an audience discussion with director Fatou Kandé Senghor as well as a small reception in the foyer.

Synopsis
Senegalese artist Fatou Kandé Senghor immerses in a journey down memory lane. She engages in a dialogue with her husband ETIENNE and twin brother Leopold about IDENTITY, BELONGING, CONNECTING AND TIES through the concept of NEGRITUDE developed in the 1930's by POET and PRESIDENT LEOPOLD SEDAR SENGHOR. As they unfold their thoughts and words, Fatou reveals a perfect metaphor with the lives of ETIENNE and LEOPOLD SENGHOR, also gran sons of LEOPOLD SEDAR SENGHOR.

LEOPOLD and ETIENNE are twin brothers. They were born in Dakar in Senegal. They moved to the USA when they were seven years old. Etienne came back to Africa 18 years ago following a wake up call. Leopold has been coming back to Africa regularly in the past 5 years.

When Leopold Senghor gets off the plane from Washington DC where he lives to the registration desk, at the airport in Senegal and hands out his passport, the immigration officer takes the American passport in his hands and opens it. He notices the name of the passenger in front of him and floods him with questions.

It has become a ritual, and then when he comes out of the airport, that sign is there to remind him of the namesake. It reads LEOPOLD SEDAR SENGHOR INTERNATIONAL AIRPORT.

This is the story of belonging, connecting and links, it's a story about history, geography, community and identity. How one has to struggle to be, to belong, and strengthen after being cut from his own.

They both are at a different pace re-capturing data belonging to them while their similar faces continue to create confusion amongst their family and friends.

Fatou Kandé Senghor about her movie:
„The movie serves its purpose, it opened up the opportunity for me to discuss immigration differently: the issue is not the means of transportation but rather the finishing line. People leave out of necessity. Once they are there, have several children, it becomes difficult to return. There are many aspects in our parents' lives we cannot condemn. The Other in Me does not judge or condemn them but rather tells a snatch of real life, in order for people to understand that even though there are many things in life you cannot choose, you can prevent unpleasant coincidences by remaining mindful."

Director: Fatou Kandé Senghor
Fatoumata Bintou KANDE was born on January 9th, 1971 in Dakar, Senegal. Her artist name is Fatou Kandé Senghor. She created an artistic research platform called Waru Studio in Dakar that works like an experimentation lab, allying - Art- science-technology -Ecology-environment and Politics. Waru in Wolof language means "wonderment" and the platform is an incubator that combines all these sciences using new technologies. Convinced that art in Africa is an efficient weapon to address and resolve issues that concern Africans, and touch others in the world. She also works with young artists that need to broaden their discourse. In her own work she uses mediums such as photography, video, printing to raise consciousness around her. She produces conceptual art, and does not believe in art for art sake. 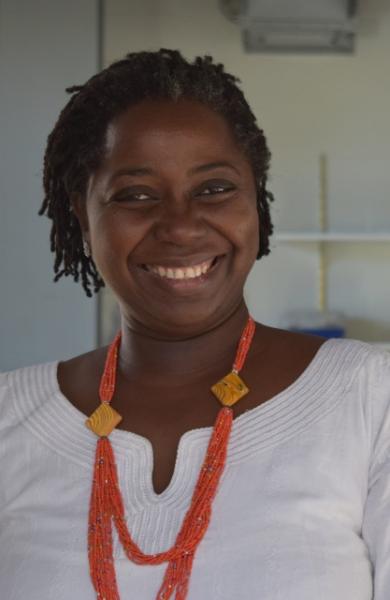 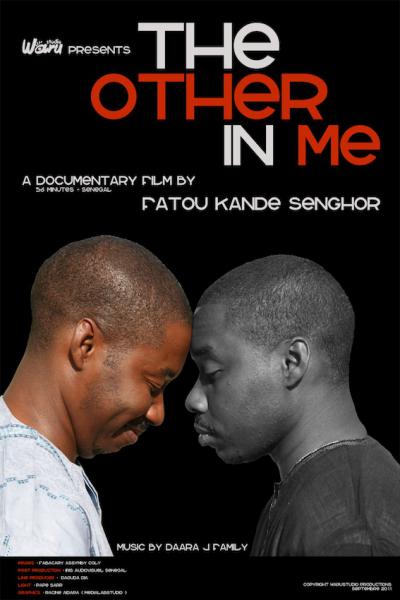 Other in me (The)