After studying Political Science and History in Paris, Catherine Ruelle joined Radio France in 1969, which became RFI in 1971. Working there as a journalist, she began specializing in cinema in 1973, producing Dialogues, Cinémas Sans Frontières and L'Actualité du Cinéma.  Film critic for many publications (Afrique-Asie, Le Monde Diplomatique...) and founder of the association Racines, which she has chaired since 1984, Catherine Ruelle has organized festivals and events devoted to Pan-African Film - Racines Noires, Rencontres des Cinémas du Monde Noir, Ciné-Contes avec Makéna Diop, et le Ciné-Club Afrique à Paris, since January 2005.  Since 1979, she has worked in various capacities as President, or member of the Organizing Committee of international film festivals in Paris, Cannes, Milan and Geneva.

In 1980, she co-organized the first festival ever in Europe that celebrates Black American independent filmmakers and with her founding of Racines in 1984 she produced the first annual International Roots Film Festival at the Centre Georges Pompidou.  She has also co-founded in partnership with acclaimed Senegalese director Mahama Traoré the special award Djibril Diop Mambety at the Cannes Film Festival.

In 2008 she was appointed Artistic Director of Midsummer's Night Dream Digital Film Festival in Paris.  Jury member for numerous festivals including Fespaco, the Festival of African Cinema of Milan and the Festival of Paris, she co-authored several books (including CinemAction in 1978, with Guy Hennebelle and The Birth of African Cinema, with Alessandra Speciale Turin, 1998) and undertaken with the Cameroonian journalist Samé Ngosso a study of film and TV in Africa (UNESCO, 1982). 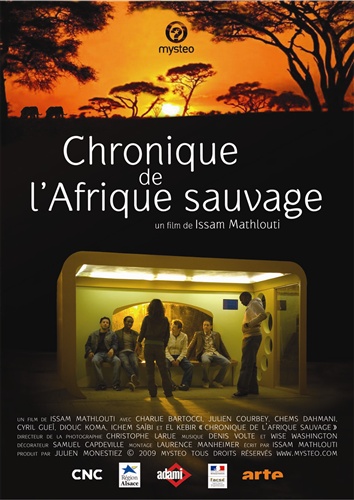